Sniper in Vegas, snipers in Gaza

A truly terrible thing happened recently in Las Vegas when some locked-and-loaded, armed and dangerous psychotic homicidal sniper mercilessly fired 540 rounds of live ammunition a minute into a crowd of helpless and defenseless people in Vegas.  https://www.nytimes.com/interactive/2017/10/02/us/vegas-guns.html 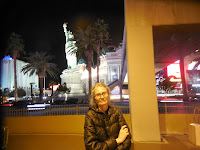 Within minutes after this heartless massacre by a crazed gunman happened, American media went crazy and provided us with 24-hour coverage of this horror -- coverage that lasted for weeks.  Sheldon Adelson, billionaire owner of the Bellagio casino, publicly deplored that something as horrendous as this could even happen and immediately started planning ways to help the survivors.  Our entire nation was shocked and in mourning.  https://www.timesofisrael.com/casino-mogul-adelson-met-with-trump-hours-after-las-vegas-shooting/

"What sniper attack in Gaza?" you might ask.  "Never heard of it."  And yet even though 18 people were slaughtered and almost a thousand more were wounded by psychotic homicidal snipers firing into a helpless and defenseless crowd in Gaza, American mainstream media said almost nothing about it.  http://jpstillwater.blogspot.com/2018/04/a-good-friday-bloodbath-gazas-selma.html

And Sheldon Adelson not only made no public protest against this heinous and merciless act in Gaza, he totally applauded it -- and probably even helped finance it as well.

There is, however, one major difference between these two horrendous sniper attacks.  On the one hand, I can always go off to Vegas at a moment's notice -- whereas, on the other hand, Gaza is the world's largest concentration camp.  No one goes in.  No one goes out.  Except in a body bag.  Plus, of course, they don't have any casinos in Gaza.  Hell, thanks to Israeli neo-cons like Adelson and Bibi Netanyahu, trapped citizens of Gaza don't even have electricity.  They barely even have food.

Posted by Jane Stillwater at 2:09 PM