Racial justice in Atlanta: Gone with the wind?

While in Georgia at the Netroots Nation convention last week and while in search of the real Atlanta, I went on a tour of the Margaret Mitchell Museum.  Mitchell was the author of "Gone With the Wind".  http://www.atlantahistorycenter.com/explore/destinations/margaret-mitchell-house

"Margaret herself was not a bigot," one of the docents there told me.  "She was simply trying to tell a story from Scarlett O'Hara's point of view -- and even Scarlett's views changed toward the end of the book as she finally discovered who her true friends really were.  But what's most important about this book is that it is a story of survival, being told back in the 1930s, at a time when most Americans were suffering from the Great Depression.  And Scarlett's famous line, 'As God is my witness, I will never go hungry again,' struck a chord with most of the world back then -- especially in China and, surprisingly, even at the Auschwitz concentration camp.  Nazis immediately outlawed the book."

"Yeah but…" I replied.  "Even today, over a hundred and fifty years after slavery was abolished, Black people are still having a really tough time surviving -- so why don't they too love this book?" 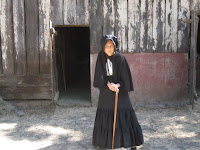 And here's another "Yeah, but..." to consider.  What if the Confederate States of America had actually won the 1860 war?  And taking that thought to its logical conclusion, what if, approximately 150 years later, human beings of African decent are still being hideously whipped and branded daily in the Confederacy and slave children are still being sold off like cattle?  And the only jobs poor Whites can get now are as overseers, slave catchers, sharecroppers and whores?  And the world war that America's "Greatest Generation" fought against Hitler would have also been fought against the CSA too -- because the Confederacy would have easily sided with the Nazis against our very own fathers and grandfathers who risked their own lives to save freedom.
http://berkeleydailyplanet.com/issue/2017-08-18/article/45964?headline=Free-Speech-Annoys-Berkeley-Yet-Again...--Becky-O-Malley-


And if the South had won the Civil War, then the bloody floggings, lynchings and rapes of slaves will have continued to this day and even become a highlight of the CSA evening news -- and 80% of the population of the Confederacy would be legally forbidden to learn how to read.

And the Confederacy would also have built a Wall to keep its slaves in.

A logical extension of Scarlett's antebellum world would be a dystopian nightmare -- far worse than Nazi Germany.  Most White Southerners today should be glad that Davis and Lee lost the Civil War!  But the Deep South's modern-day 1%, its plantation owners?  If their ancestors had won the "War of Succession"?  Today they would be as happy as pigs in mud.

PS:  Oh crap.  I just found out that Atlanta is the place to be if you wanna be a zombie extra on "Walking Dead" -- which has always been the pinnacle aspiration for my acting career.  "We are looking for extras who are skinny, have big eyes, long necks and good bone structure," says the casting director.  Hey, that's me!  Looks like I just missed my chance.  Rats.  http://screencrush.com/how-to-be-on-the-walking-dead/

PPS:  Actually, I finally did find the heart of the real Atlanta -- at the Greyhound bus depot, when I took a day-trip up to Chattanooga to visit my dear friends Joe and Glenda Thompson.  There were all kinds of different races and ethnicities at the depot, all mixed together there in peace, all just trying to get a bus home.

And I also got to receive a blessing from a former meth-head born-again Christian on my trip back to Atlanta on the MegaBus.  "I hold love in my heart for all races," she told me -- even though she no longer held any front teeth in her mouth.  Bless her heart.  I was impressed.

Posted by Jane Stillwater at 10:27 AM