Author's note:  I am being ironic here and perhaps even downright satirical -- if you haven't guessed already.  Actually, I think that killing other human beings is ghoulish, sadistic, counterproductive and only one step short of cannibalism.  But lying about it is even worse.

If it was true that what America wants and needs most right now is access to more oil, then let's stop farting around and head straight to the Mother Lode of oil itself -- Saudi Arabia.

Why the freak are we wasting our time squabbling over dribs and drabs of Black Gold by attacking those poor sweet unarmed Sioux Indians at Standing Rock?  That makes no sense at all when we could be attacking Saudi Arabia, the queen bee of Black Gold herself.

Why are we turning our good neighbor Canada into a tar-sands-pit wasteland while trying to get at their Fool's Gold -- instead of just seizing Arabia's oil?

Why did we just squander eleven trillion dollars ($11,000,000,000,000) on attacking Iraq, Syria, Libya and Yemen, trying to purse-snatch their oil -- when Saudi Arabia has giant Gucci bags full of the stuff just lying around?

Why are we trying to attack Iran and Russia for their oil?  Those two countries produce lots of oil, sure, but they are also big countries too -- and big countries always fight back.  Shouldn't we be trying to steal the Saudis' oily lunch money instead? 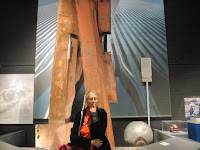 Gaza, Venezuela and Nigeria also have oil, I'll give you that.  But we also have a huge excuse for making an attack on Saudi oil our main priority:  Most of the 9-11hijackers came from there.  And everyone knows that it was Saudis who armed and trained al Qaeda.  So why did we bother to attack Afghanistan who hardly has any oil at all when Saudi Arabia actually owns the Black Pearl -- and is a naughty pirate as well.

"Okay, Jane, you've convinced me," you might say, "but then how do we go about doing it?"  Simple.  Just cut off the Saudis' endless supply of weapons.  Let them build their own F-16 Falcons.  Easy-peasy.  Patriotic even.  And then the Superbowl of oil will be ours!

PS:  Speaking of Yemen, a friend of mine who has family in Yemen just told me that the Saudis have murdered approximately 550,000 Yemenis in the last year, mostly civilians, lots of women and children.  And even Donald Trump got into the act by authorizing a SEAL raid in Yemen that resulted in the slaughter of an 8-year-old Yemeni-American girl there.  Congrats, President Trump.  You are now a war criminal too.  http://www.reuters.com/article/us-usa-trump-commando-idUSKBN15G5RX

But the Yemenis, in a token attempt to defend themselves, just hit Riyadh, the Saudi capital, with a ballistic missile.  If tiny little Yemen can attack the Saudis, then why can't we too?  After all, that's our oil under Saudi Arabia, right?  http://21stcenturywire.com/2017/02/05/breaking-yemeni-missile-strikes-saudi-capital-city-riyadh/

PPS:  Speaking of Big Dogs and Big Oil, it might be time for America to stop trying to have a pissing contest with Russia, Iran and China.  Bound to turn out badly for us.  For instance, America's neo-Nazi lapdogs in Ukraine just fired a ballistic missile right into the downtown of the Russia-allied Ukrainian city of Donetsk -- and now the Russian Bear is kind of angry about that.

It appears that America actually thinks that it is a house-broken pit bull -- but it's not.  It's more like a bed-wetting cockapoo if you ask me.  It would be far better for America to take on the Saudi chihuahua in this dogfight rather than the Russian Bear.  A cockapoo would be much more likely to win against a chihuahua.  http://russia-insider.com/en/politics/ukronazis-used-ballistic-missile-strike-center-donetsk/ri18833

Stop Wall Street and War Street from destroying our world.   And while you're at it, please buy my books!  http://straitwellbooks.blogspot.com/2016/04/our-top-best-seller-right-now-is-bring.html
Posted by Jane Stillwater at 2:18 PM