Why I'm going to Las Vegas on Valentine's Day

Unfortunately, that old TV hype isn't true.  What goes on in Vegas does not stay in Vegas after all.

So now I intend to put on my big-girl political-blogger hat and to go visit the real seat of power in America -- which turns out to be, of all places, the Venetian casino.  And while I'll only be staying at CircusCircus because it's cheaper and more fun, the Venetian will be right down the street.  And the Venetian is owned by Sheldon Adelson, the man who donated approximately 75 million dollars to the Trump campaign. 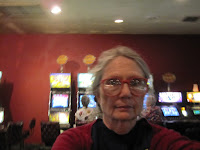 According to Casino.org, "Las Vegas Sands billionaire Sheldon Adelson dumped millions into super PACs supporting the Trump movement.  The Venetian and Palazzo owner spent $25 million on Trump ads in the final week alone, following the FBI’s announcement that it was reopening its investigation into Hillary Clinton’s use of a private email server, and is rumored to have poured upwards of $75 million in total into Trump’s GOP campaign".  https://www.casino.org/news/president-elect-donald-trump-las-vegas-ties-gambling-legislation-impact

And Adelson allegedly also spends billions of dollars supporting Israeli neo-colonialists in the Middle East, trying to convince everyone here that Israel is just a sweet little democracy and not the war-monger/Gestapo/Mafioso that it actually is -- as well as the being the main force in the first place, along with AIPAC, the CIA, Bush, Clinton and Obama, behind creating all those desperate refugees that Trump is now banning.  https://www.rt.com/shows/on-contact/370655-israel-tests-secret-weapons/ 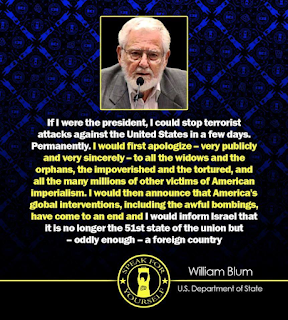 For instance, in "The Devil's Chessboard," (which should be required reading in every single high school history class in America), David Talbot states that many prominent Nazi war criminals ended up working in Allen Dulles' CIA.  Some of these Nazi creeps were highly active in creating and carrying out the Final Solution -- and yet where was the Mossad to bring them to justice?  Hand in glove with Dulles, the devil himself.  These Nazi war criminals not only never paid for their ghastly misdeeds but also ended up working in Washington, side by side with the Mossad.  http://emperors-clothes.com/analysis/gehlen.htm

So.  What self-respecting freelance journalist/war correspondent/political blogger wouldn't want to go to Las Vegas to write about all this crap?  And especially on Valentine's Day -- because it appears that our nation's heart is there already.  https://www.rt.com/shows/on-contact/370655-israel-tests-secret-weapons/

PS:  Another reason I want to go to Las Vegas is that it may be the last time I have any cash.  Lean green.  Moola.  Any of that stuff.  And not just me personally either -- all of us.  Under marching orders from America, India has just become an almost-cashless society.  Most of its small-denomination folding moola is now worth crap.  Millions are effected, mainly the poor, because none of the large denominations have been recalled.

Without money or access to ATMs or debit cards or even to banks, India's poor are now expected to just quietly go away and die of starvation.  The dice were definitely loaded on this one.  Genocide by "war" isn't fast enough?  Now they gots financial genocide on the table too?  http://thesaker.is/india-crime-of-the-century-financial-genocide/

PPS:  I got a really good deal on my trip to Vegas at http://cheaptickets.com.  Just $175 plus tax for airfare from Oakland and four nights at CircusCircus.  Except that Spirit Airlines only lets you take one item on board, 16x14x12 inches, without paying an additional fee.  So it's not gonna be okay if I lose my shirt in Vegas -- because I won't have packed any extras.

Posted by Jane Stillwater at 4:07 PM