Good grief, talk about your hypocrites.  For the past eight years, America has been forced to listen to Birthers, the GOP, Fox News and various Tea Party crazies go on and on about how Barack Obama shouldn't be our President because he was born in Kenya, right?  Eight years that we can never get back again.

Enter Ted Cruz.  "I was born in Canada but I have an American mother," he tells us, "and therefore I am qualified to be President."  But wait.  Obama had an American mum too.

Obama was born in Hawaii.  Cruz was born in Calgary, Canada.  So why does the Tea Party have its knickers all in a twist over Obama's having possibly been born in Kenya -- but doesn't give a flying freak that Cruz was actually born offshore?  Hypocrisy, right? 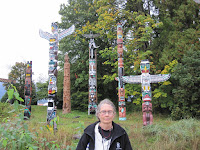 But Obama and Cruz have something even more important in common as well, besides just their places of birth.  For the past eight years Obama has been perfectly okay with Americans like you and me going into deep and endless debt so that the Pentagon could afford to manufacture dead babies in the Middle East.  And Cruz is okay with that policy too.  http://ahtribune.com/opinion/443-the-geneva-charade.html

So why should the Tea Party and GOP even care where Obama was born as long as he keeps them and the Pentagon happy by continuing to create dead babies in the Middle East?  Because isn't that the main reason why the Tea Party and the GOP like Ted Cruz?

Stop Wall Street and War Street from destroying our world.
Posted by Jane Stillwater at 8:16 AM