Dying (and publishing) made easy -- or hard
I'm currently working on getting another book published -- yes, I have actually written a novel.  And having a book published is like opening a huge can of worms.  I've been flat-out rejected by at least twenty publishers so far.  Their loss.  This is a very important book, you fools!
So I have decided to self-publish my book.  I did it before with my non-fiction books -- and that proved to be a huge bunch of work but with very few tangible results (not to mention the huge lack of sales).  http://www.amazon.com/Bring-Your-Own-Flak-Jacket-ebook/dp/B001BHK6JG

And then there's that huge editing process.  In almost every book ever written (probably even the Bible), the first thing most authors acknowledge is their editor (even before acknowledging their hubby, wife and/or cat) .  Where the freak can I too find such a fabulous editor?  And, even more important, one who will do it for free?

And then there's the huge problem of figuring out which literary classification my new novel should be filed under.  Literary fiction?  Historical fiction?  Science fiction?  Fiction for young adults?  I don't have a clue.  "Is the book about teenagers?" asked my local librarian.  Not exactly.  "Then it shouldn't be classified as a YA."  But there are at least three teenage heroes involved.  Does that count?  Probably not.
So then, would it be considered science fiction?  "Is any space travel, extraterrestrial aliens or predicting the future involved?"  I certainly got that one covered.  Hell, the title alone says it all.  "Pictures of a Future World."  But does anyone actually read sci-fi these days?  And for that matter, does anyone even read novels any more?  I myself read only murder-mysteries.  Well, there certainly is a lot of killing in my new book.


A few years ago I went to a famous writing conference and actually paid to have some hot-shot sci-fi author take a look at my book.  The result?  Two years later he published his own book, using my basic plot and even one of my character's names.  And so from that experience I have obviously learned that my book will definitely fit into the sci-fi niche.
And there certainly are a lot of graphic death scenes in my novel as well -- and I have an excerpt from my new book to prove it, wherein the moment of death itself is discussed.  Here it is, for those of you who are curious to know what the actual human death experience really involves:
Later that evening, Wan Tai and the Shaman discussed what it actually means to die.  "What does it feel like?  How does it happen?  What are the mechanics of death?" Wan Tai asked. 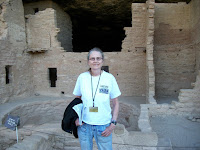 "During the course of a normal human death, dying is like going to sleep.  You fight it or you drop off into it, but in either case, you don't really know where life or wakefulness ends and where death or sleep begins.  When you wake up the next morning, can you really remember the exact moment you actually fell asleep?  No.  And it is the same way with death."

"But during a violent death," Wan Tai said, "the whole human process of dying is thrown completely off balance.  That is why a violent death is so repulsive and cruel."  The Shaman agreed.

"After a man or woman is violently and mortally injured, the dying person knows exactly when his or her moment of death occurs -- because an instant before that process begins, there is one split second of pure, stark terror in the dying person's brain when he or she actually realizes what is happening."

"And it is this split second of terror that I object to because the dying person is literally robbed of his or her peaceful transition," said Wan Tai.  "It is that sense of leaving this life behind while in an extreme state of terror which I find so hard to accept.  And this is why I am so outraged by killing, murder and war."
So, thanks to my new novel, you now know what it is like to die.  And soon you will also have the benefit of knowing what it will be like to buy my new book.  Hopefully.  And, hopefully, your own death will be an easy one too.

Posted by Jane Stillwater at 11:07 AM