What would happen if the US became isolationist again? 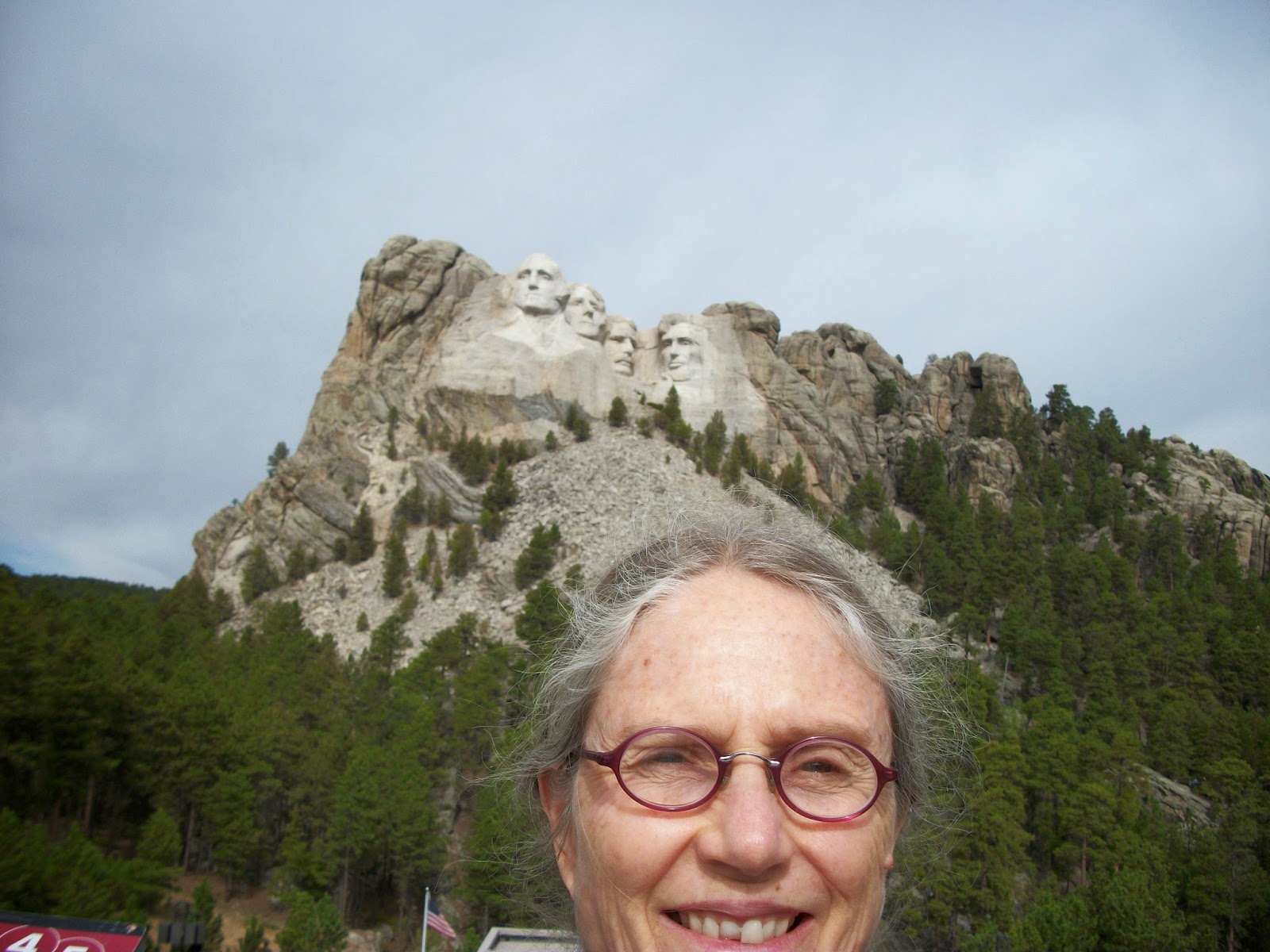 What would happen if we Americans suddenly decided to withdraw all of our troops currently scattered all over the world and to actually bring them back to within our own US borders where they belong?  What would happen if we actually closed down all of America's extensive and pricy (over one thousand and counting) military bases and black-site operations all around the globe?  We may never know.  "Why?" you might ask.  Because it is never gonna happen, that's why.
Despite all of the incredibly huge amounts of money, energy, pain and grief that all these bases and black-site operations are costing us American taxpayers daily right now, the subject of closing even a few of these bases and black-site operations (or at least to stop opening up new ones!) isn't even up for debate.
There are so many other topics that we are happily debating in America right now -- but not this one.
Americans are currently debating such crap topics as how best to save rich people from having to pay taxes; whether cops should be allowed to kill minority and/or poor people at will; why torture is a good thing; how we can most easily give large corporations our life savings and pensions; whether or not our kids should get measles vaccines; and exactly how soon "we" can bomb the crap out of Russia.  But one of the most important subjects for debate in America today is not even on the menu right now.  http://inthesetimes.com/working/entry/17416/wall_street_to_workers_give_us_your_retirement_savings_and_stop_asking_ques
A raging debate on how to return America to its grand old isolationist tradition should be the major topic in every newspaper headline and TV news show in America right now.  But, sadly, it is not.
And there are many other life-threatening topics for debate here in America that we should be discussing too (but are not) such as, "Is it really in our best interest to support chaos in the Middle East or be Israeli neo-colonialists' catspaws?"  Or whether corporations really are people, or "Why is election-malfeasance in America is still running amuck?"  Or if we really want to be committing climate-change suicide?  Or why America now has the same distribution of wealth between the upper classes and the rest of us that it had back in 1910 and that the difference in income between America's top 1% and the rest of us is further apart now than any other time in history including the Roman Empire, Charles Dickens' London and Marie Antoinette's France.
According to economist Thomas Piketty, "Income inequality has exploded in the United States." http://www.newrepublic.com/article/117429/capital-twenty-first-century-thomas-piketty-reviewed
And why the freak is America a member of NATO, the most war-mongering organization in the entire world outside of the US Department of "Defense"?  http://www.upi.com/Top_News/US/2015/02/15/More-than-4000-troops-will-be-deployed-to-Kuwait-possibly-to-fight-Islamic-State/2061424019948/#ixzz3Rpuk2BKH
And -- really?  Here's a headline that will warm all those Scrooge-like corporate hearts:  "Pentagon preparing for mass civil breakdown"  Social science is being militarized to develop 'operational tools' to target peaceful activists and non-violent protest movements.  http://www.theguardian.com/environment/earth-insight/2014/jun/12/pentagon-mass-civil-breakdown  Should we not be discussing that too?
And then there's that good old "New World Order" thingie popping up again, and it no longer even includes America on the list of those giving the New Orders -- because the global overlord dudes who are currently drawing up the list to re-order our world seem to have us Americans in mind only to play the minor roles of vassals and serfs.
But none of these other topics are up for debate in America either.  http://www.newyorker.com/humor/borowitz-report/warren-display-backbone-threatens-career-democrat
According to journalist Juan Cole, the top five favorite planks for the Republican party platform in 2016 are gonna be torture, war-mongering, bank corruption, tax evasion for the uber-rich and how best to steal elections.   http://readersupportednews.org/opinion2/277-75/27479-top-5-planks-of-gop-2016-platform-torture-war-bank-corruption-paid-for-elections  Why aren't we discussing that either?

Frankly, there seems to be no debate in America today on almost any topic that should be of primary concern to We the People who are paying for all this crap.  But I digress.  Let's get back on topic, the topic of closing over a thousand US military bases and black-site operations all across the globe.  http://www.independent.co.uk/news/world/africa/sudans-president-claims-cia-and-mossad-stand-behind-isis-and-boko-haram-10051024.html
Of course I myself am obviously an advocate for closing all U.S. bases and black-site operations on foreign soil and bringing all of our troops home where they belong.  So.  Let's debate.
Debaters in favor of keeping America's foreign empire strong and all these bases and black-site operations open might come up with a list of arguments such as:
1.  "They" will come here and terrorize us if we let down our guard.
2.  We will then have little or no access to raw materials and natural resources.  Our economy will shrink.
3.  We need the war industry because it produces jobs.
4.  We must bring freedom and democracy to the world and stop tyrannies.
These four points are all laughably easy to refute -- except for perhaps point number three.  Here are my counter-arguments:
1.  In the many decades since the end of WW II, America has systematically created more enemies than one can shake a stick at due to its brutal policy of foreign military interference abroad.  People all over the world used to love America.  But this is no longer true.  Obviously.  These foreign bases and black-site operations are not keeping America safe.  Just look at 9/11.  Just look at the Great Recession of 2008.  I rest my case.  http://friendsofsyria.co/2014/12/18/fox-news-cia-created-al-qaeda-and-taliban/
2.  Hey, we can always get access to foreign natural resources by actually paying for them.  Now there's a unique idea.  It's called Capitalism!
Right now, our military mainly serves the purpose of acting as thugs and extortionists for corporations, allowing corporations to go into foreign countries at will and steal their natural resources.  Our nation's finest young men and women are being forced to serve as mega-corporations' personal security forces and Mafia crews.  Hell, let these corporations pay for their own damn security thugs.  Why should we taxpayers do the job?  We are never the ones who make money off of this deal.  Au contraire.  We get to pay through the nose for it.
Why should we American taxpayers keep paying out trillions of dollars so that the best and brightest of our young generation can die violent and lonely deaths and leave widows and orphans behind them -- in order to "Keep Corporations Strong"?  It's like Vietnam all over again.

3.  Yes, the war industry does produce jobs.  But working for the Yankee Dollar is a high-risk employment, is morally repugnant and the benefits are few.  How about, instead, that we hire all those soldiers to work in the solar industry or to repair our shabby infrastructure?  Or train them to become doctors or teachers.  Just think of the money we'd save!
4.  America doesn't bring democracy to the world.  "We" mostly bring dictators and ruffians and torturers and election fraud.  And "we" are currently supporting monsters like ISIS and those neo-Nazis in Ukraine.  It's all about the money.  The American dream has become a nightmare if you live overseas (and will probably become more of a nightmare here too if we continue to keep the same vampires and doofuses in charge).  http://readersupportednews.org/opinion2/277-75/27529-focus-us-tv-provides-ample-platform-for-american-torturers-but-none-to-their-victims
That's my argument and I'm sticking with it.
Hey, I may be wrong here about proposing that we immediately bring all of "our" weapons and troops home.  Or I may be right.  Who knows.  But shouldn't we at least be having this debate?  http://www.gp.org/about-the-green-party

Posted by Jane Stillwater at 12:20 PM