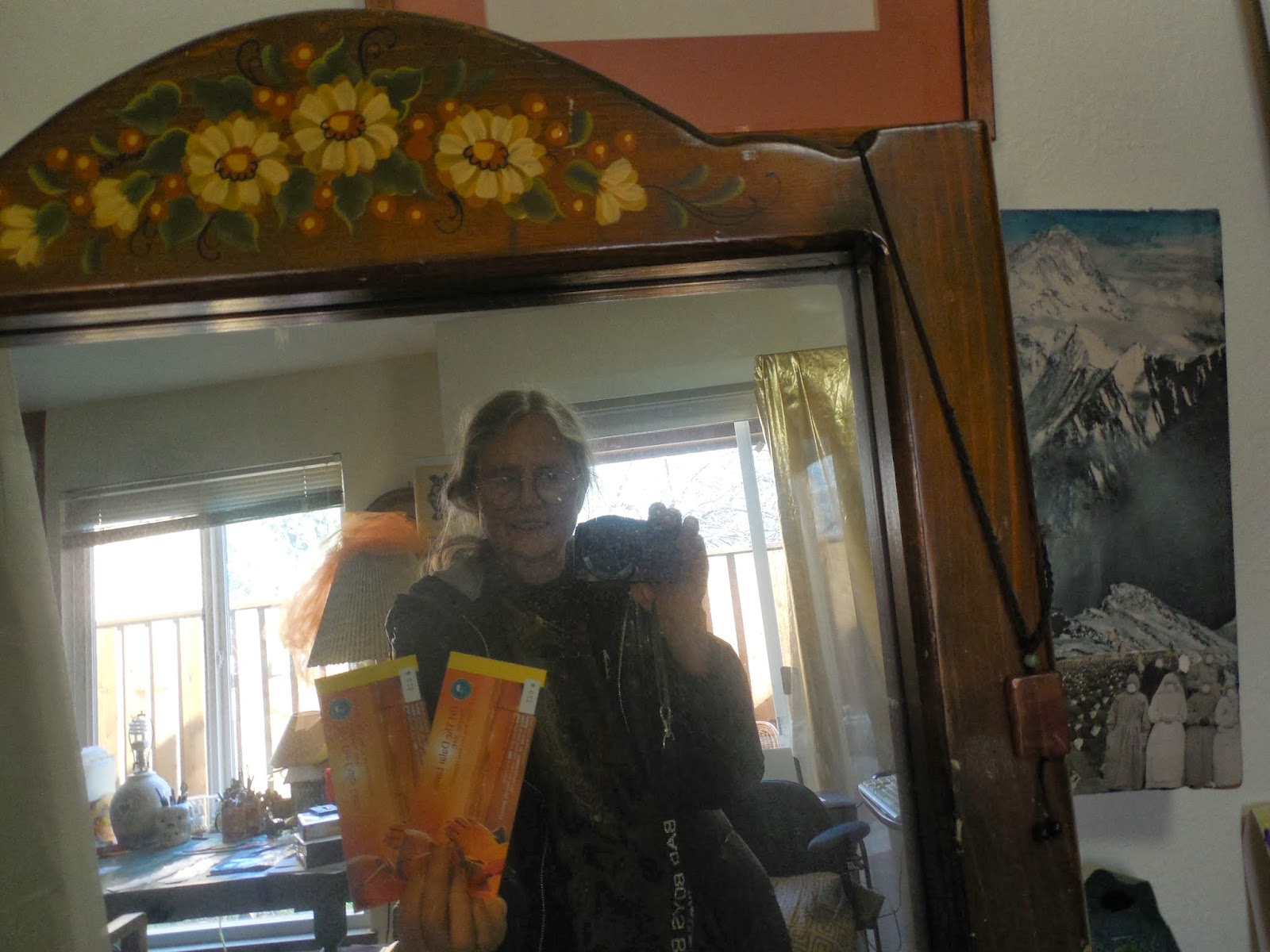 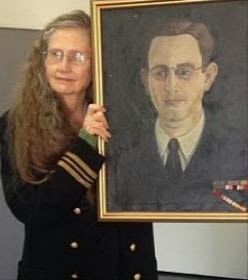 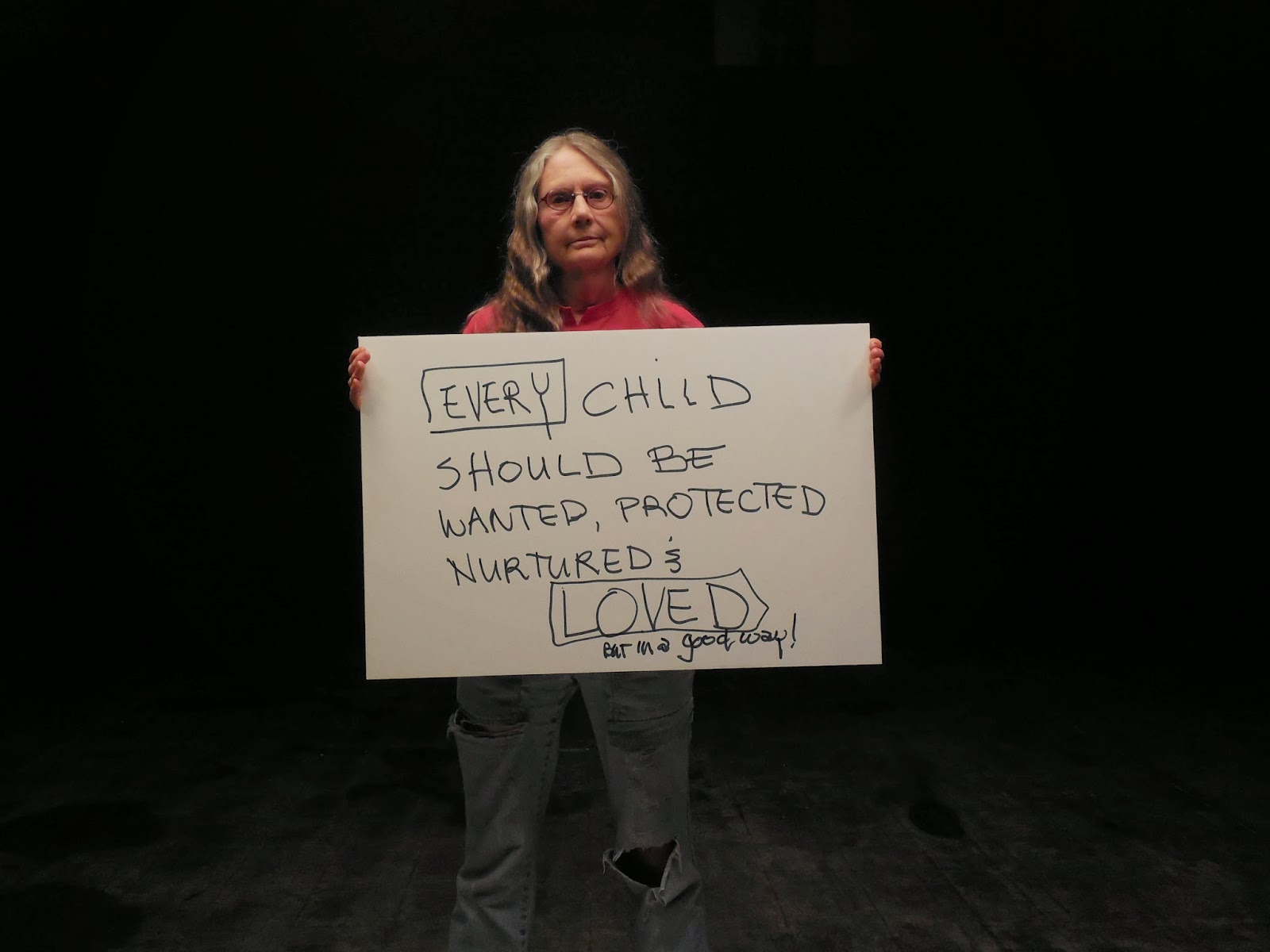 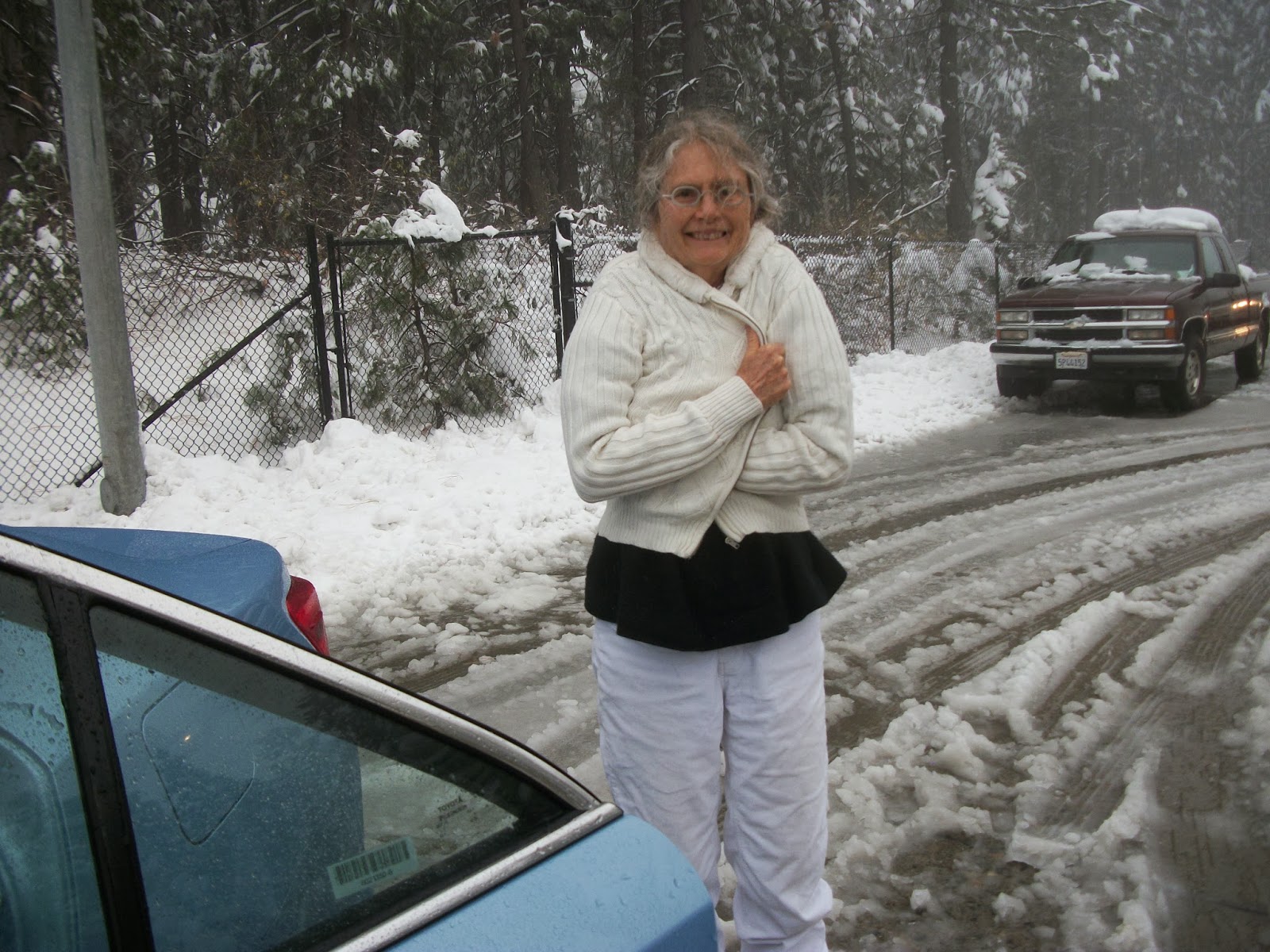 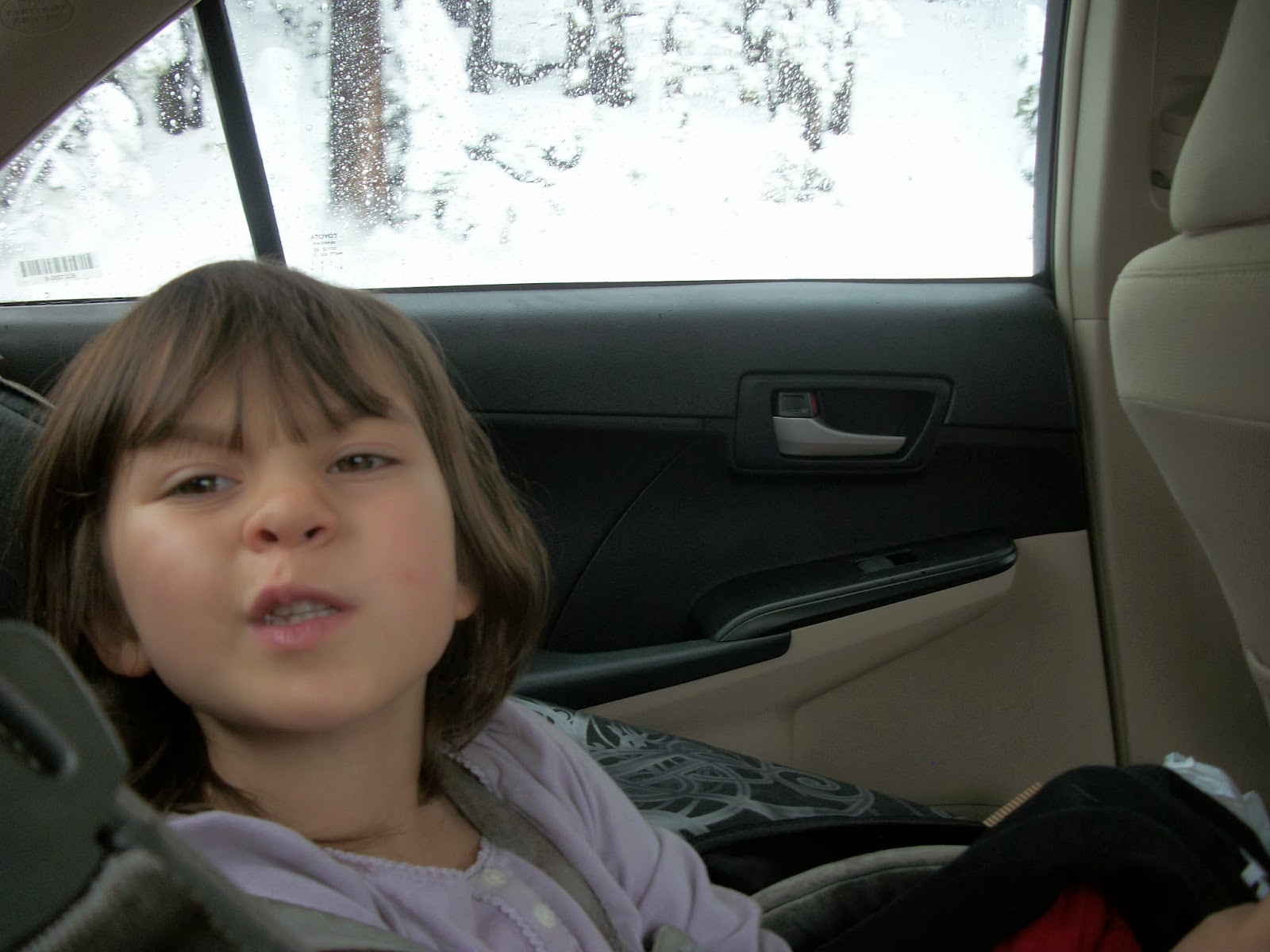 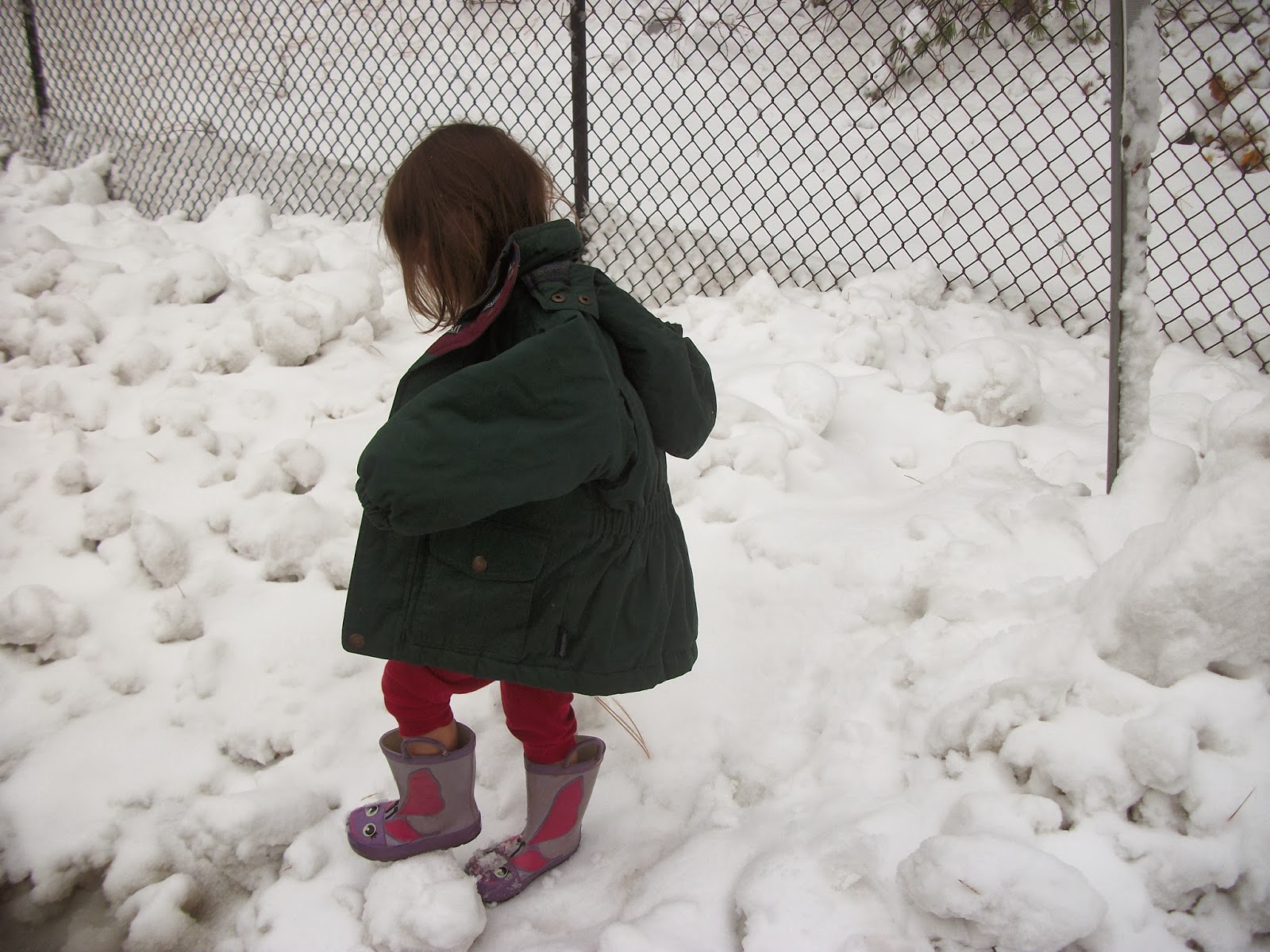 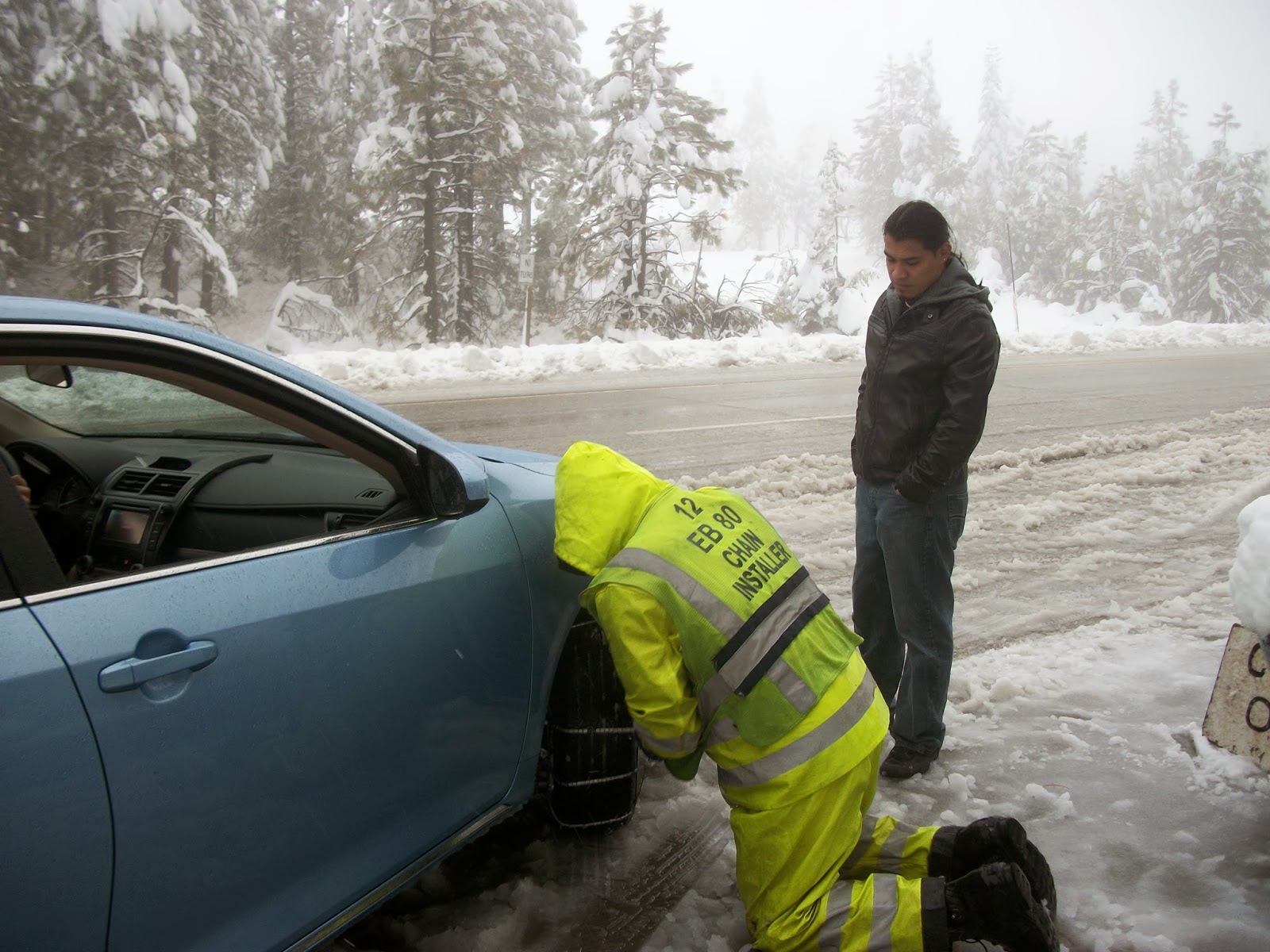 Global (and judicial) warming and cooling: Why we get both


It seems to me that the reason we get global warming in some places and global cooling in others should be as plain as the nose on your face -- at least to those of us who live in Berkeley.
Whenever it gets hot in Walnut Creek, over the hill from Berkeley, we always get a strong wind here as our own cooler air rushes over to balance out Walnut Creek's hotspots.

So global warming and cooling should clearly work in the same way -- except on a planetary scale.  As Florida really heats up, for instance, cold air from the Arctic should rush in to balance temperatures out.  And hurricanes and tornadoes appear to be getting bigger and nastier here to compensate for temperature changes somewhere else.  All over the planet, increased warm areas are being balanced out by increased cold areas -- and vice-versa.  That's my new climate-change theory and I'm sticking to it.
And Justice works the same way as well.  We gotta have liberty and justice for all -- and not just for Poobahs and cartels.  Because if we don't, it's all going to even out in the end eventually -- one way or another.
Everyone everywhere keeps track of these things.
And when justice only goes to the wealthy and not to the poor, things definitely get hotter in one spot and cooler in another.
When big banks act unjustly and screw small homeowners, they are creating a financial "Polar Vortex" http://www.rollingstone.com/politics/news/everything-is-rigged-the-biggest-financial-scandal-yet-20130425.  When corporations get billions in welfare while people who actually need government services -- and pay taxes for them too -- are told they are moochers, then areas of highs and lows are created and wretched imbalances are struck.
When Justin Bieber doesn't get deported for being drunk and disorderly yet other hard-working non-citizens who are helping to make America stronger get thrown in jail just for being on this side of a border, fair weather could become cloudy with a chance of injustice (although Bieber has just set a legal precedent that immigration attorneys all over America can now use to defend their clients.  Way to go, Beebs!)

According to Noel Castellanos, "Justice is doing more than saving the drowning people, it’s changing the ones who are pushing them into the lake."  And in all too many countries all over the Global South, where social justice and economic democracy are in short supply, both economic disasters and violent (and non-violent) revolutions are common.  "Why should I respect the rule of law when it doesn't respect me?" seems to be the gist of thinking in the Global South.
And as social, economic and legal injustices become more and more common in America now too, and more and more of America's "justice for all" has become only "justice for corporations," economic democracy is now becoming a museum piece here too, a thing of the past along with crank telephones and kerosene lamps -- leaving us open for violent (and non-violent) revolutions to start flowing into the low areas here too.

Handing out fake justice to some but denying it to others is a really good formula for making peace impossible all over the world and in America too -- and, to paraphrase that old TV commercial, "Peace is our most important product".

And apparently both the weather system and the justice system in America right now are refusing to tolerate extreme highs and lows.
Don't say you haven't been warned.

PS:  Speaking of justice, at this month's Berkeley-Albany Bar Association luncheon (curried chicken and caesar salad at the Berkeley City Club), a prominent trial attorney gave us his annual talk on what the U.S. Supreme Court had been up to this past year.  And here are some things that he said.  If I got any of it wrong, it's my fault -- not his.  So don't judge him.  Judge me -- for taking bad notes.

"The first thing you should know about the current Supreme Court is that it has a 44% approval rating with the American public."

And regarding individual judges, the speaker told us that, "Thomas is silent on the bench at all times.  He never asks any questions.  Scalia is very influential, but I can't see why.  He also never looks at any foreign laws and is totally not interested in what other countries think.  His originalism comes at a very bad time, however.  Imagine if Thomas Jefferson had been like that.  Kagan used to be a dean -- and deans are all about authority.  Alito is a pleasant person but has always worked for the government and has never worked with individuals who were being oppressed.  Ginsberg used to work for the ACLU.  Sotomayor is one of the most impressive on the court."

"Five of these judges have committed our country to terrible things that they never revealed to the Senate during their confirmation hearings."

"According to Dworkin, the job of a judge is philosophical and broad -- and when doing it in a democracy, you also need to understand the basics of a democracy as well."

"This year it is still the five vs. the four, and the four's teeth are worn down to a terrible point because four is not enough."

"Scalia came out against actual innocence this year.  Most of us think that if you are proven innocent after sentencing, you should be able to turn in your orange jump suit and go home.  One man, after 17 years in jail, was proven not to have committed the crime.  Scalia disagreed that he should be released."

"Criminal law has become an incredibly regulated event with regard to sentencing.  Judges no longer have the flexibility in this area that they once had."

"The Court struck down the identity-card voting law in Arizona.  Thomas and Alito dissented."
"Regarding ex post facto sentencing, Sotomayor wrote the opinion.  Guidelines that were not in effect at the time of sentencing can't change the sentencing later."
"Regarding one DNA verdict, Scalia, Kagan Sotomayor and Ginsberg got together on this one -- slowing that it was not just the usual straight five-to-four mix last year."
"What if a defendant stops talking after he is arrested?  Can his silence be commented on or held against him as evidence of guilt?"  Not sure how that case turned out.
"Right to a lawyer -- a competent lawyer, providing standards for attorneys not only the standards provided by the state bar.   Trevino v. Thaler was habeas corpus case regarding ineffective assistance of counsel."  The court ruled that Texas didn't consider that Trevino had ineffective counsel before sending him to Death Row.
"Daimler v. Bauman.  Dealt with Argentina's Dirty War and jurisdiction.  No, you can't hold to account foreigners involved in torture overseas.  This one was recently decided."
"The race factor:  Not appropriate for U-Texas Austin to use it for admissions without an airtight justification and the application of direct scrutiny.  Only Ginsberg dissented."
"Adequacy of drug warnings are preempted by federal law."
"U.Texas medical center v. Nassar:  Employment discrimination must be proved by lots of evidence.  Ginsberg dissented."  The Supreme Court made it harder for employees who were charging discrimination and retaliation to win their cases."  http://verdict.justia.com/2013/07/09/revenge-the-supreme-court-narrows-protection-against-workplace-retaliation-in-university-of-texas-southwestern-medical-center-v-nassar

"Class actions:  The Supreme court has been limiting them in the past.  However, in Angen v. Connecticut Retirement Plans, materiality did not need to be proved in order to establish a case as a class action.  Alito, Thomas and Scalia dissented."  I just bet they did.

"Patents:  DNA cannot be patented.  Unanimous decision.  Things that are open and obvious don't deserve a patent.  But no one on the Supreme Court knows much about patents.  They are all generalists in an age of specialization -- but, in their position, must take a broad range of cases anyway."

PPS:  Am leaving for Haiti on February 12.  According to Dr. Paul Farmer, Haiti has undergone centuries of  injustice on a frightening scale.   According to Farmer, “The idea that some lives matter less is the root of all that's wrong with the world.”  http://www.pih.org/blog/paul-farmer-haiti-after-the-earthquake.  And Haiti is now also the victim of climate change as well.

Haiti is a perfect example of what I have been talking about here.  And apparently Haitians are totally ready to support both "justice for all" and climate stability -- and also Jean-Bertrand Aristide as well.  Go them.

"Life is a competition. The winners are the ones who do the most good deeds." You can also buy T-shirts, coffee mugs, tote bags, truckers' caps, baby gear and/or teddy bears with this logo printed on them. They make great gifts, especially for those of us who are still idealists in these troubled times. To purchase, just click here: http://www.cafepress.com/StillTWaters
Posted by Jane Stillwater at 11:19 AM