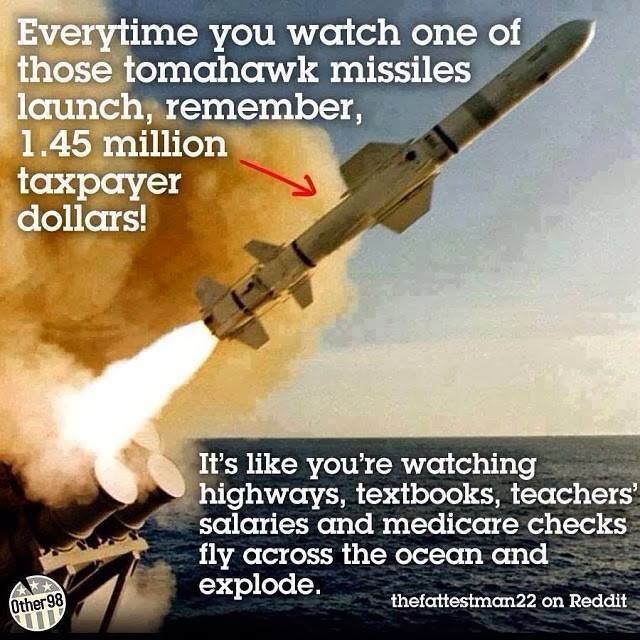 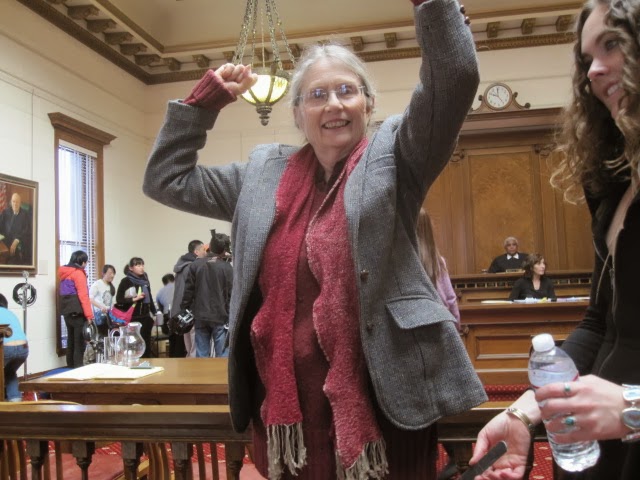 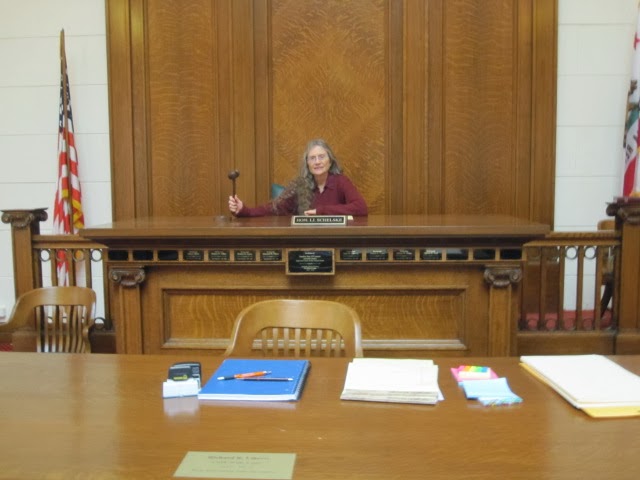 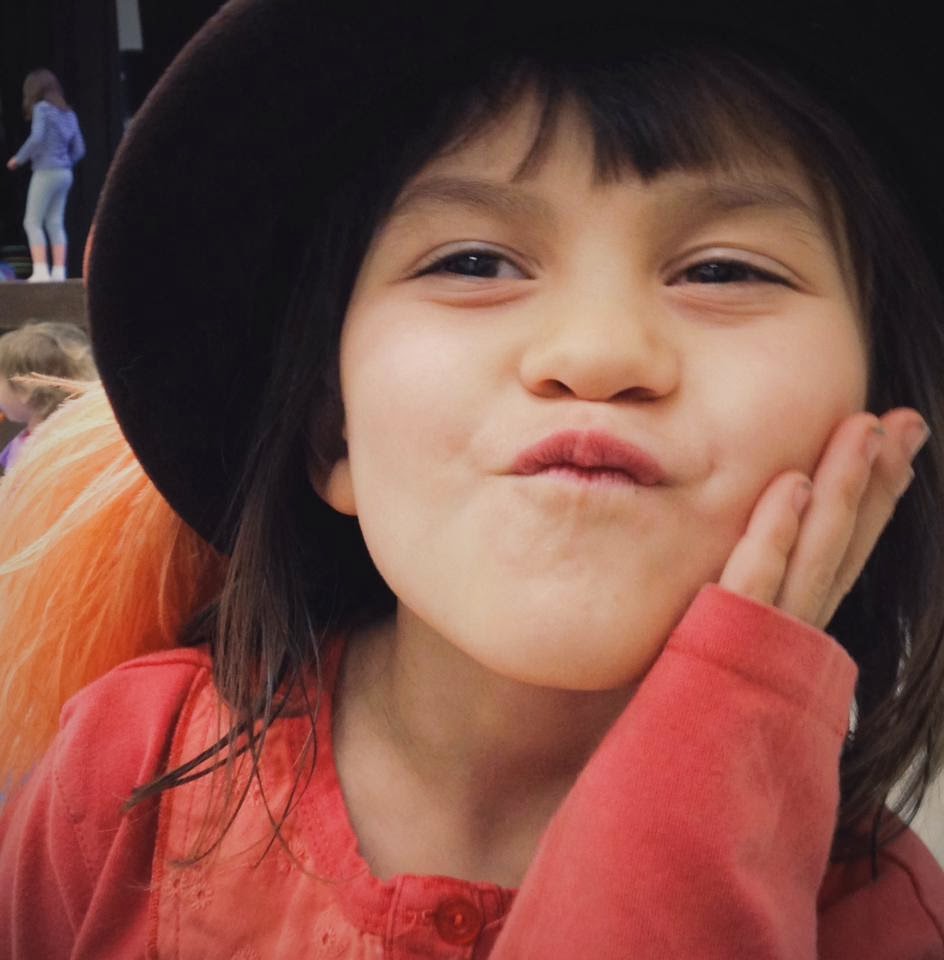 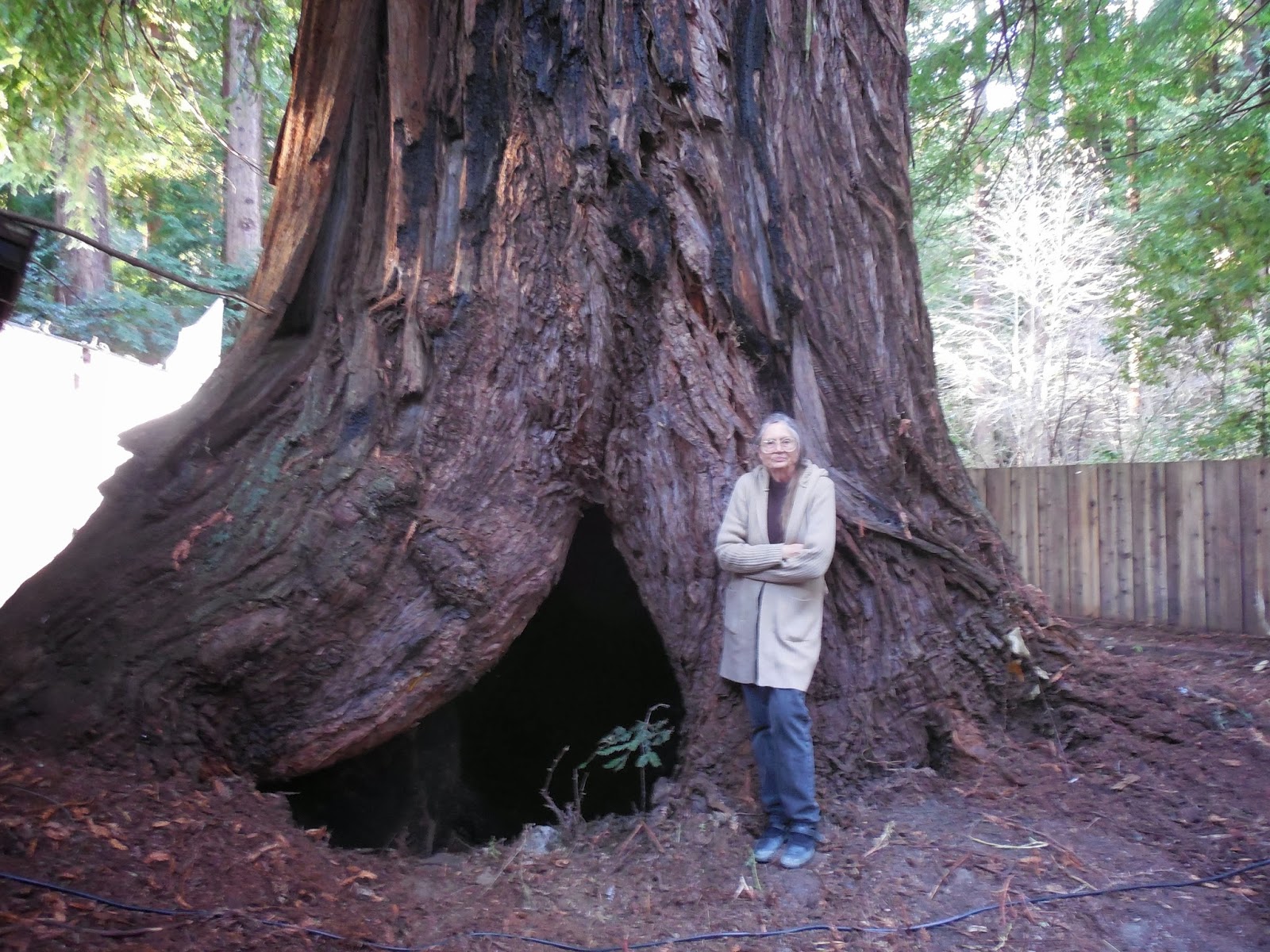 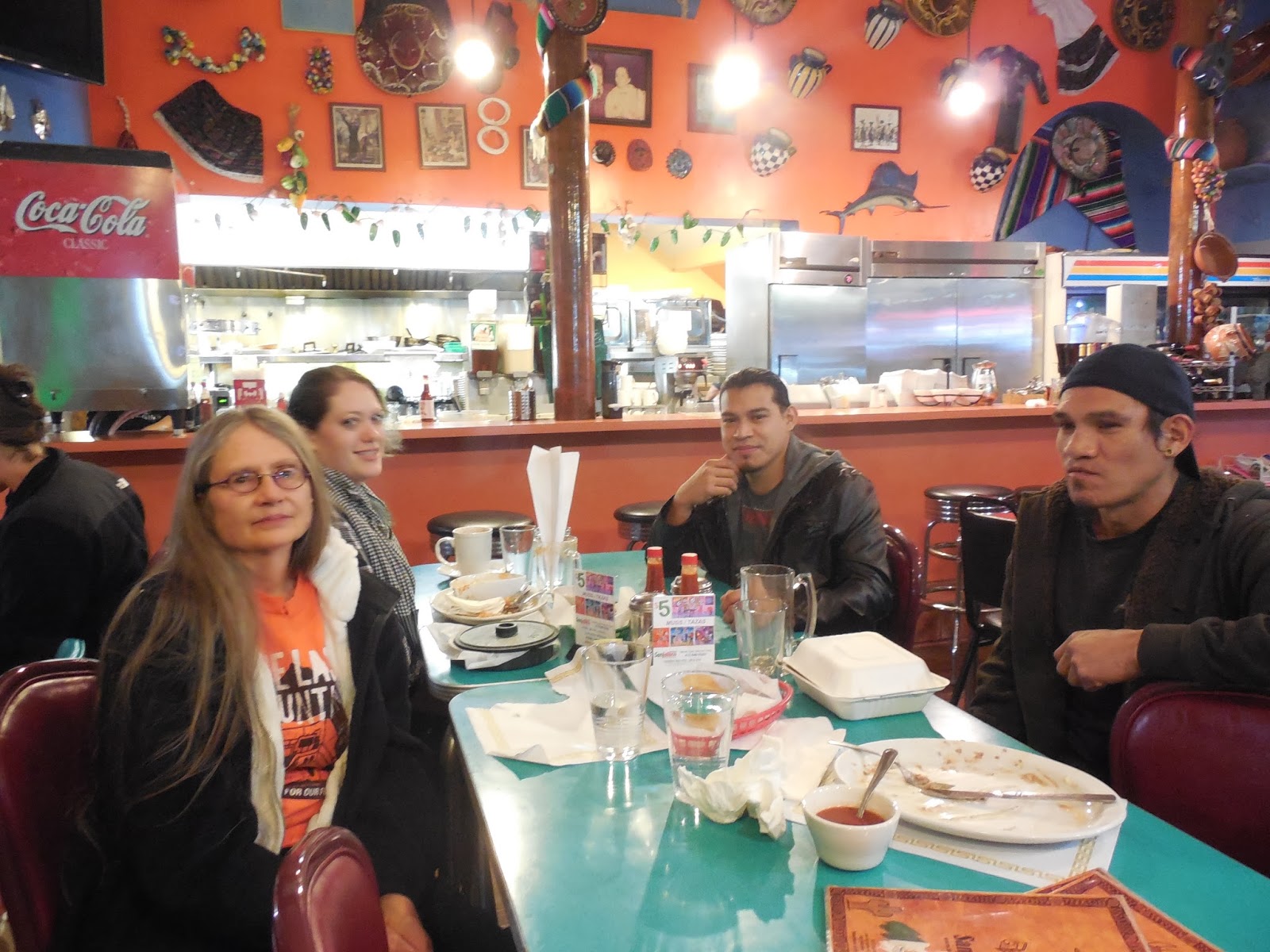 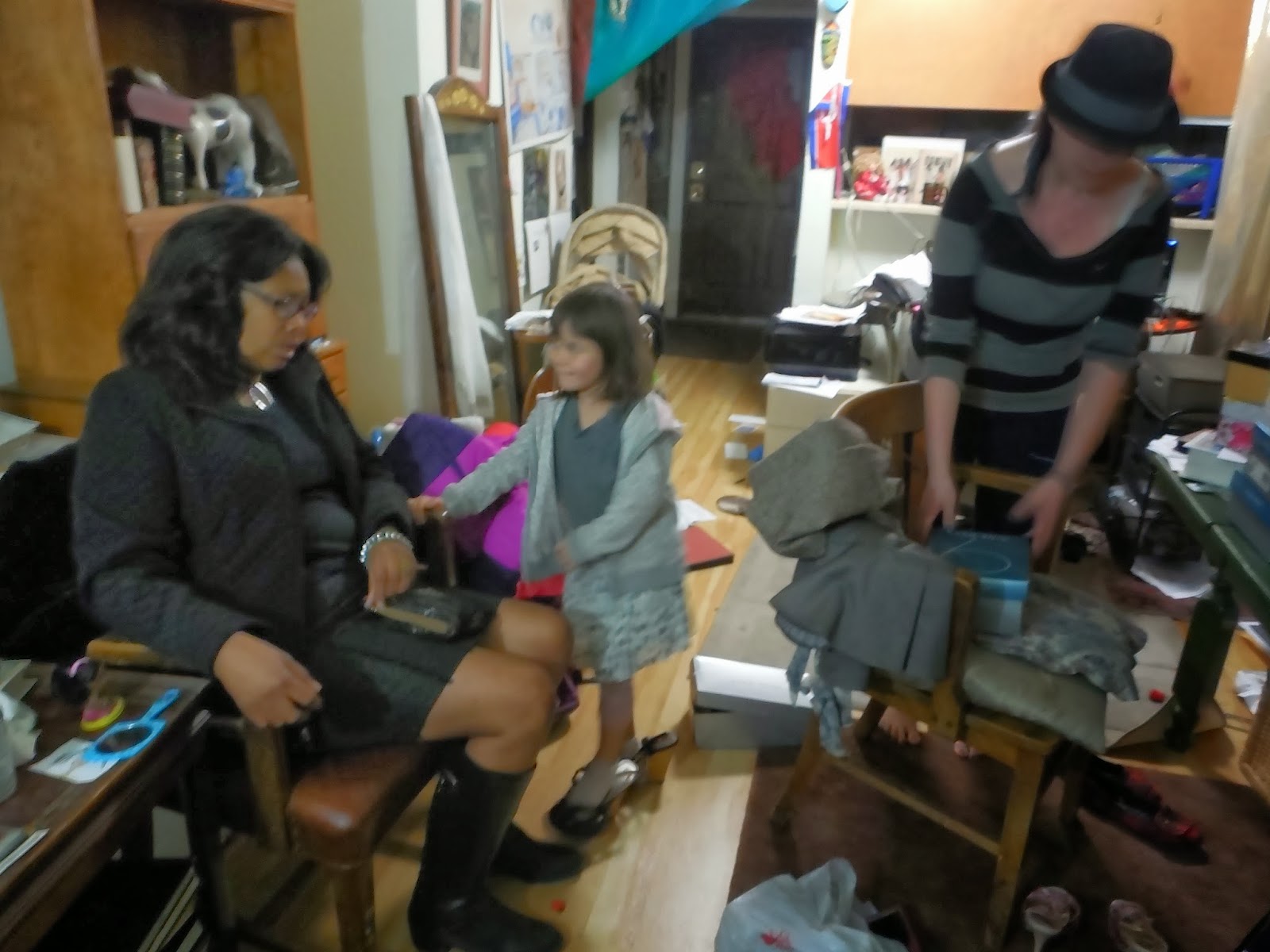 Who else is paying for their Endless War? The CA court system is
Let's think about all those trillions of dollars that have been constantly pouring into war profiteers' pockets ever since they invented Vietnam.  All those trillions must have come from somewhere.  Of course we all know that some of them came from the Federal Reserve where they print Monopoly money like crazy.  And, ironically, some of them have also come from multiple humongous loans from China.  Plus some of that money also found its way into the pockets of War Street at approximately the same time that "all the gold in Fort Knox" mysteriously disappeared.  And a few trillion also seems to have just materialized out of thin air -- as if there was some ethereal war-profiteer fairy out there happily waving her magic wand.  But a lot of this destructive blood-money also came out of the pockets of us American taxpayers.  Trillions of dollars.  From you and me.
All too many of us hard-working Americans have been forced to gird up our loins and go without so that war profiteers can afford to live like kings, buy multiple yachts, drink Veuve Clicquot champagne and smoke Cuban cigars.

You and I have gone without jobs, schools, roads, police, fire departments, hospitals, etc. in order to pay handsomely for War Street's right to kill babies and Live Large.

And, apparently, we are also being forced to live without the high-quality court system that we here in California had grown accustomed to.  How do I know this?  Because the Berkeley-Albany Bar Association just told me so!

At a recent luncheon meeting of BABA at the famed Berkeley City Club (designed by Julia Morgan herself) and over roast chicken, fruit salad and pie, a judge from the Alameda County Superior Court gave us a talk on the struggles that Alameda County is going through just to keep its court system working and its courthouse doors open these days.

"One billion dollars was lost in the budget last year," the speaker told us.  "This is the toughest time financially in the history of this court.  We have never has to worry about money before -- but now we worry about money all of the time.  It is very difficult to juggle to keep all of our programs alive."  http://www.courthousenews.com/2013/03/12/55621.htm

"For instance, there have been 26 furlough days this year, where court employees didn't get paid.  Courthouses are closed.  We used to have 72 judges and nine commissioners.  Now there are 18 vacancies this year.  We went from 940 employees to 720 employees.  We need 104 more just to operate.  There used to be seven civil court locations.  Now there are only two.  Four family courts have been reduced to one family court.  Four probate locations have been reduced to one."  Heaven forbid that you should have to die and your ghost be forced to stand in line for hours at probate court.

"And if you get a traffic ticket anywhere in the county, you will have to drive all the way down to Fremont to contest it.  People stand in line for blocks at 5 am to get their tickets handled -- and may still have to come back.  And the only reason Alameda County is barely keeping its head above water right now is because we have so many employees who are dedicated to bringing access to justice for all.  Sacramento County, for instance, doesn't even have a civil filing office bull pen.  You just leave your unfiled summonses, pleadings and other documents in a drop-box.  Some counties have over 5000 unfiled documents right now."

And where is the money from all those unpaid salaries going?  As far as I can tell, it is going into the pockets of tax-dodging corporate welfare queens and heartless and immoral war profiteers.  Christmas is coming up.  Would Jesus approve of all this random bloodshed and not-random greed?  Can you actually imagine Him saying, "I am Jesus and I approve this message."  No way!

"Then there is the problem of criminal realignment.  30,000 prisoners have been released but next year there will be no money for their realignment -- so more petty thefts will occur.  This will be very interesting to see."  In other words, 30,00 prisoners will get out of jail with only bus fare and the clothes on their backs.

And also court electronic data systems have suffered.  "In some smaller counties, the filing system consists of putting papers in a box.  And our county no longer has the personnel to support inter-court filing of documents either."  So you have to go to one specific court if you want to file a complaint or a probate document or a traffic ticket protest or an unlawful detainer.

And speaking of unlawful detainers (that's where people who don't pay their rent get invited to court by their landlord), the California court system has been flooded with them.  "There are so many banks with foreclosures.  These are our priority cases.  And 95% of them are getting settled because judges from other departments volunteer to help out and get these cases heard -- because where else are people being threatened with foreclosure evictions going to go if they lose their homes?"

PS:  At its next monthly luncheon meeting, BABA asked a federal judge to speak -- only he talked about an excess of money in America instead of a dearth of it, and how there have been whole tornadoes and hurricanes of money, flooding down on the USA like hailstorms ever since Citizens' United took effect.

"And there is the additional problem of having individuals with unlimited personal bank accounts now running for office," said the judge.  "When all this money flows into the election system, only wealthy people are elected."  And why shouldn't rich people invest in buying elections?  For every dollar a huge corporation or war profiteer spends on buying an election, he gets a 5000% return in pork-barrel dollars sent his way.

"Swing states are already saturated with money on the presidential-campaign level," and so any more money being poured into those campaigns will have decreasing effectiveness.  "But large sums of money have an overwhelming effect on local elections.  But even though voters aren't stupid, even when being constantly  bombarded with expensive ads, fair elections are still impossible under the current system," said the judge as I happily ate roast beef, baby spinach and cheesecake.

"We in America have a very narrow view of what constitutes corruption."  It's not corrupt to buy an election any more -- just as long as you use the new Supreme Court guidelines or have a friend at Diebold.  You can't just slip a poll-worker a fin any more.  That's corrupt.  You gotta be new-school about it.  http://readersupportednews.org/opinion2/277-75/20755-top-10-ways-the-us-is-the-most-corrupt-country-in-the-world

"Chief Justice Roberts stated that, 'The Supreme Court doesn't make the laws.  We just call balls and strikes'.  That is wrong."  Especially when the current Supreme Court continuously calls out "strike!" even after a batter has obviously hit a home run.  http://jpstillwater.blogspot.com/2010/01/2009-supreme-court-decisions-i-know.html

PPS:  "So, Jane.  What's your moral here?"  The moral here is that we need to protect the integrity of our court system at any cost -- even if it means that a few more war profiteers have to go without one of their yachts.  And also that I love all those Berkeley-Albany Bar Association luncheons.

"Life is a competition. The winners are the ones who do the most good deeds." You can also buy T-shirts, coffee mugs, tote bags, truckers' caps, baby gear and/or teddy bears with this logo printed on them. They make great gifts, especially for those of us who are still idealists in these troubled times. To purchase, just click here: http://www.cafepress.com/StillTWaters
Posted by Jane Stillwater at 10:26 AM