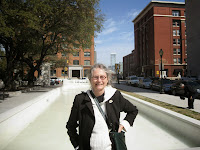 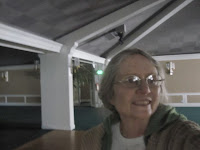 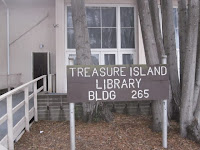 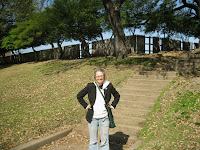 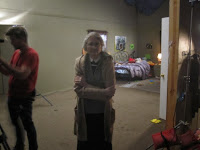 TV violence: America's dark night of the knoll
I was watching "The Mentalist" on TV recently, where some guy was being tortured, had a finger cut off with pruning shears and his face caressed with an acetylene torch.  Yikes!  And even during that nice little detective show "Castle," you can always count on seeing a whole bunch of blood and guts -- not to mention the torture scenes and disemboweling now available on "Elementary" and "Body of Proof" and "Revolution" and "Person of Interest" and "Scandal".  And these are just the milder prime-time television shows.  I'm not even going to get into the nightmare-producing horrors of "Criminal Minds" and "Law & Order SVU" -- because I can't even bear to watch those.

And then there are all those currently-popular "undead" shows too.  How many times can you torture a werewolf or drive a stake through a vampire's heart before he or she is truly dead?  Apparently a lot.

I can think of at least eight TV series off the top of my head right now that face this very problem nightly in our very own living rooms:  Dracula, The Originals, Vampire Diaries, Grimm, Once Upon a Time, Sleepy Hollow, Beauty and the Beast, Supernaturals.  And, again, that's not even counting cable and "True Blood".  What are America's television viewers THINKING!  Are they that hungry for blood?  Apparently.
But thank goodness I can't afford cable TV because that would mean there would be 500 more channels with 500 more new and different ways to kill people off violently and with lots of blood and torture and gore.  Good grief, no wonder hardly anyone blinked when the horrendous secret tortures of Abu Ghraib, Zero Dark 30 and Palestine were exposed to America by social media http://www.roitov.com/articles/policeterror.htm.  "No big deal.  We see that kind of stuff on TV every night!" Americans replied.
If one were to judge the American way of life solely by what its most popular television programs are, one would think that Americans were all murderous blood-thirsty psychopathic nut cases who dream only of blood.
To quote George H.W. Bush, "The American way of life is non-negotiable."  Makes you wonder about that.

PS:  And speaking of TV violence and George H.W. Bush, wouldn't you just love it if, on his deathbed, Poppy Bush suddenly decided to make one last attempt at becoming one of the most famous men in history (in the grand tradition of John Wilkes Booth for instance -- or Marcus Julius Brutus) by finally confessing to his role in the assassination of John Kennedy.  Wow!  That would really earn Poppy a place in our history books for sure!  http://whowhatwhy.com/2013/11/06/bush-and-the-jfk-hit-part-8-prepping-a-patsy/

But what I would really love to see would be Dick Cheney doing the same thing:  In a fabulous deathbed interview with Olivia Pope herself, Cheney would finally "tell all" about what he had really been doing on the day that the Twin Towers fell.  Hell, even Dracula himself would come back from the Undead to watch that TV show.  Me too.

I bet there's a whole long list of creepy "Patriots" here in America, just like those creepy Patriots in "Revolution," who know exactly where all the bodies in recent American history are buried -- and these creepy guys are all getting up there in age.  So if any of these shadowy "Persons of Interest" should suddenly decide that they want to add to America's "Body of Proof," become an "Original" and create a huge "Scandal," now is the time!

PPS:  I have just one more thing to say about the mind-numbing violence of JFK's assassination:  If it had happened today instead of 50 years ago, every SmartPhone in Dallas would have posted that video on FaceBook in a nanosecond -- a la the shooting of Oscar Grant.  And that grassy knoll shooter wouldn't have stood a chance in Hell of getting away.  And there couldn't have been any slimy Warren Commission cover-ups either.

America's shadow figures and black-ops plotters can no longer get away with the low-life garbage they used to easily pull off 50 years ago, thanks to social media.  And that's "Elementary".

PPPS:  Overheard on a military base on Veterans Day:  "You gotta love America.  Even our gangsters are better-armed."

"Life is a competition. The winners are the ones who do the most good deeds." You can also buy T-shirts, coffee mugs, tote bags, truckers' caps, baby gear and/or teddy bears with this logo printed on them. They make great gifts, especially for those of us who are still idealists in these troubled times. To purchase, just click here: http://www.cafepress.com/StillTWaters
Posted by Jane Stillwater at 10:28 AM