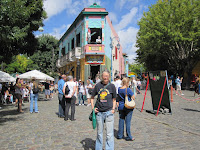 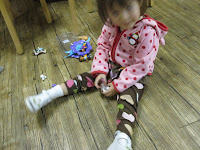 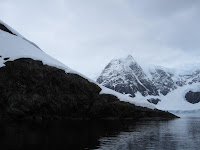 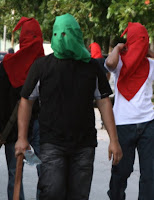 Last week the Berkeley branch of Wells Fargo bank started going all ballistic on a friend of mine's telephone. Night and day, robo-dialers attacked her phone, reminding her over and over again that her account with Wells Fargo was now in collection, that she now owed Wells Fargo a whole bunch of money and that if she didn't pay up, then her credit would be totally ruined. "Totally ruined!"

How did things come to such a sorry pass? I'm not sure, but I think it may have involved Wells Fargo breaking both local and federal laws -- again.

My friend's telephone nightmare all started when T-Mobile claimed (probably erroneously because she had disconnected her service with T-M months ago) that my friend owed it hundreds of dollars. And as a result, T-Mobile quietly tiptoed into my friend's Wells Fargo bank account and basically gutted it for everything that was in there -- and more. The local branch of Wells Fargo basically handed T-Mobile the farm.

"Here, take everything that this person has in her account and just to make sure that you're completely happy, we'll throw in a few hundred dollars more that isn't even IN her account," Wells Fargo apparently told its buddies at T-Mobile.

Wells Fargo is now giving away its own money? But why? Why wasn't the bank following its normal procedure, blocking my friend's account and telling T-Moblie to get stuffed? As far as I can figure out, it's because Wells Fargo bank makes a huge amount of their profits from charging overdraft fees.

However, there's a catch here. If there are no overdrafts in people's bank accounts, then Wells Fargo can't charge any overdraft fees, right? So apparently it has been standard practice at Wells Fargo, despite a whole ship-load of computer software designed to prevent it, to "accidentally" let a whole bunch of these so-called "overdrafts" just happen. Oops.

"But Jane," you might say, "that's illegal and Wells Fargo has already been sued and forced to pay back over two million dollars to the customers that it ripped off by using this fraudulent practice. Wells Fargo KNOWS that this business practice is illegal. They have already been told by a federal court to cease and desist."

Yeah, well. Tell that to the robo-dialers who are now hounding my friend night and day.

And why else would Wells Fargo make a "shadow line of credit" loan to my friend, thus giving their own money away? Nothing else makes sense.

PS: Wanna know more about the above-mentioned lawsuit against Wells Fargo? Wanna know just exactly how low this banking operation is willing to stoop to get its greedy hands on your money? Here's the 411 regarding California class-action lawsuit No. C 07-05923 WHA, Gutierrez vs. Wells Fargo, August 2010: http://www.bank-overdraft.com/pdf/20100810-wells-fargo-finding.pdf

And just in case you don't have time to read the whole thing, here are a few choice quotes from the judge's orders in this matter:

"THE SHADOW LINE: The last step in the three-step plan was executed in May 2002. Wells Fargo implemented a practice involving a secret bank program called 'the shadow line.' Before, the bank declined debit-card purchases when the account’s available balance was insufficient to cover the purchase amount. After, the bank authorized transactions into overdrafts, but did so with no warning that an overdraft was in progress.

"Specifically, this was done without any notification to the customer standing at the checkout stand that the charge would be an overdraft and result in an overdraft fee. Thus, a customer purchasing a two-dollar coffee would unwittingly incur a $30-plus overdraft fee. (This very scenario happened to plaintiff Walker.)

"Internally, Wells Fargo called this its 'shadow line,' as in shadow 'line of credit.' The amount of the credit ceiling per customer was and still is kept secret. Again, customers were not even alerted when shadow-line extensions were made to them — until it was too late and many overdraft fees were racked up.

"In this program, the bank correctly expected that it would make more money in overdraft fees than it would ever lose due to 'uncollectibles' (i.e., overdrafts that were never paid back).

"Bad Faith and the Shadow Line: The third initiative was 'overdraft via POS' — the extension of the shadow line to debit-card purchases in May 2002. As a result of this change, Wells Fargo began authorizing debit-card purchases even though the account was already overspent.

"Before, if an account holder had insufficient available funds to cover a debit-card purchase, the bank would decline the transaction, thereby protecting the customer from further unintended overdrafts. After, the bank authorized the transaction without informing anyone that an overdraft was in progress. Profiteering was the sole motive behind this revenue initiative."

PPS: If something like this has happened to you too, here's a link to an application that you can fill out in order to become part of a class-action lawsuit against Wells Fargo yourself: http://www.bank-overdraft.com/contact.htm

And Wells Fargo isn't the only bank that is doing this either. Apparently, many more national bank chains are also happily cleaning out their customers' accounts. That's bank robbery! That's pathetic.

How come Republicans are going to such extreme lengths to bust our unions but are not laying a finger on their friends in the banks?

PPPS: When my friend went in to Wells Fargo today and asked a bank officer about all the many fees that it is now charging her, she was told, "These new fee charges are different from the ones in the lawsuit." And what big difference is that? Apparently these new fees are being called "overdraft protection" fees instead of just fees at the point-of-service. Yeah, but the result is the same -- Wells Fargo is still raking in hundreds of dollars in completely unreasonable fee charges, just from this one account.

If Wells Fargo is charging hundreds of dollars in unreasonable "overdraft fees" to just one of its customers, imagine how much money it is raking in from all the rest of its victims/customers!

****
From AlterNet: Awesome: Wisconsin Firefighters Shut Down Bank That Funded Walker: Everybody knows the GOP's biggest weakness is money, so why not hit 'em in the sweet spot? That's what many amazing Wisconsin firefighters did yesterday when they collectively began withdrawing their funds from Madison's M&I Bank -- whose executives and board members were among the highest donors to Governor Scott Walker's campaign.

Heeding a call by Firefighters Local 311 President Joe Conway to 'Move your money,' union members withdrew over $100,000 from the bank, with some reports stating that number is as high as $192,000. Either way, it was a hefty enough chunk of change that M&I shut its doors and closed for the day at 3PM. http://www.alternet.org/newsandviews/article/515607/awesome%3A_wisconsin_firefighters_shut_down_bank_that_funded_walker/