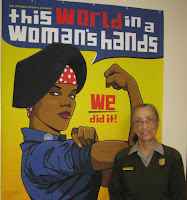 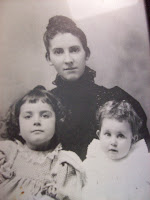 Non-violent protests in Egypt: BRING IN THE WOMEN!

Hosni Mubarak is once again acting like the slimeball that he truly is -- shamelessly employing his mafia thugs against peaceful protesters. Even as we speak, that creep is using paid thugs on camels and horses to cut a bloody swath through the non-violent demonstrators in Tahrir Square. Mubarak is still a monster. Nothing has changed. And faced with all this new slimy outrageousness, what should Egypt's non-violent protesters do now? Should they fight back? Absolutely not. Would Gandhi have done that? No way! He would have done something else -- but what?

These protesters need to bring in their secret weapon, their Second Line Club, their last-ditch Hail Mary play. They need to BRING IN THE WOMEN! If Mubarak's scum-patrol also attacks non-violent women who are standing up for Democracy (they've already attacked poor sweet Anderson Cooper), then Mubarak will be truly exposed (once again) for the pond-scum lowlife that he really is. Women hold up half the sky on this planet -- and also in Egypt. And I'm sure that if Mubarak's mother were around to see what her misbehaving son is up to right now, she would give him a rigorous timeout and send him off to bed without any supper. And then she too would go out and join the non-violent protesters in Tahrir Square. Go mom!

PS: The women of Egypt -- and the world too! -- all need to unite against violence. Lighten up, guys. As soon as the guns come out, all the fun goes away.

Posted by Jane Stillwater at 11:17 AM