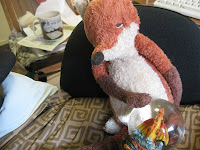 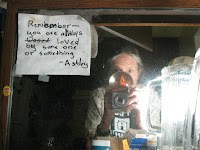 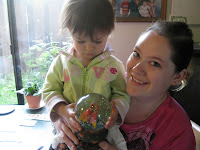 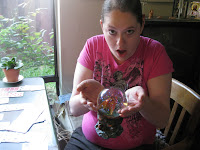 Madam Jane Predicts: No more war because no more gas!

Almost everyone in America knows which celebrity won "Dancing with the Stars" last time, that Sandra Bullock has just adopted a new baby and even that one of the Jonas Brothers is now married. But how many of us Americans are aware of the most important news event on this planet in the past 10,000 years? How many of us are aware of a new study by the U.S. military informing us that, worldwide, consumer demand for gasoline will outstrip its supply in just a year and a half, and that we could be almost without any fuel at all within just 20 years?

According to a report from the U.S. Joint Forces Command, "By 2012, surplus oil production capacity could entirely disappear, and as early as 2015, the shortfall in output could reach nearly 10 million barrels per day."

This is the biggest news event in history -- even bigger than the recent CNN headline that Betty White has refused to pose naked!

Not all that many people have noticed the fact that we may be completely out of gas as quickly as even five or ten years from now. But Madam Jane has noticed. Why am I not surprised? Our cynical and surly Madam Jane always manages to throw a wet blanket on everything.

"Not only will there be NO gasoline in 20 years, but there will also be darn little electricity -- because you can't run generators (or even hybrids) without gas," predicted Madam Jane, having once again dusted off her old crystal ball. Nor will we have any food -- because we will be all out of the petroleum-based fertilizers that we now rely upon to grow food, and also there will be no way to get said food to market even if we were able to grow it. Plus you won't even be able to get YOURSELVES to the market -- without any gas for your cars."

Madam Jane is SUCH a drag. And she's no fun at parties either.

"Parties? What parties? When a gasoline-based world has no more gasoline, it's over. Who wants to party without disco lights, birthday cake or mp3 players? And with no access to people you could invite from your FaceBook page? Not me." That's a downer.

And that's probably the same reason why corporate-owned media news feeds haven't picked this story up yet. It's just too up-close and personal to appeal to the average American viewer. No one wants to hear about disasters that will personally effect us that intensely. We all love hearing about far-away tragedies like the earthquake in Haiti -- not tragedies occurring in our very own back yard. And because this hot story is being so ignored, Madam Jane doesn't even get to be on any talk shows either -- not even the liberal ones, not even Oprah!

She probably just made all this stuff up because she's tired of having all her other spot-on predictions be so blatantly ignored.

"But I know what I know," states The Madam. "And if no one believes me, then too bad for them. But if I was you, I'd be getting real busy stocking in a big supply of bicycles, canned food, Huggies and candles."

Ignore Madam Jane. Next thing you know she'll be telling us to start building bomb shelters like they did back in the 1950s. Ha!

"But some good things WILL come out of this catastrophe," predicted Madam Jane stoically. "I can clearly predict that there will be no more giant trans-global wars on the scale of Afghanistan or Iraq." Why is that? "Because armies cannot conduct wars of that magnitude without gasoline to run their airplanes and tanks. Look at Afghanistan for instance. It's pretty much landlocked and all of the Marines' equipment there -- from their Bradleys to the roast beef they are served at their DFACs -- has to be all flown in by air. And how long do you think that war will last without fuel for the planes?"

PS: Here's another really important multi-millennial story that is being largely ignored: "If that horrendous BP oil spill off the coast of Louisiana isn't capped, like, yesterday," flatly states Madam Jane, "all living things in the entire Atlantic Ocean could die out. All of them! And if something like that also happens to the oil rigs off Santa Barbara, there goes the entire Pacific Ocean too. And then there goes the planet...."

Madam Jane, you need to take a happy pill and start watching "Dancing with the Stars" more.

Please vote for me so that I can get a scholarship to the Netroots Nation convention in Las Vegas this July! Vote here: http://www.democracyforamerica.com/netroots_nation_scholarships/810-jane-stillwater

Posted by Jane Stillwater at 7:24 PM