Here's a scary thought: Were we better off when the Orange Man was prez? 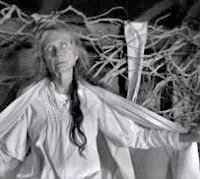 It's painful for me to even conceive of such a horrible idea -- but let's look at the facts.  At least when Trump was in the White House, we had someone to hate.  You gotta give the Orange Man snaps for that.  He unified us all against him!  We formed "Black Lives Matter" and "Me Too" as a result.  We fought back.  Now, under Biden, we've been de-fanged.
At least under the Orange Man we got economic subsidies to help ride out the storm.  Under Biden?  We're not getting those any more (the Federal Reserve gets them instead).  We're not even getting unemployment checks.  Small business bankruptcies are becoming more and more common every day as Main Street is forced to shut down due to a virus with a 0.07% death rate.  https://odysee.com/@thecrowhouse:2/MUST-WATCH-Funeral-Directer-John-O'Looney-Blows-the-Whistle-on-Covid:9
Under Biden, we've been shot up and locked down, threatened with variants and casually sent to our doom because Nobel-Prize-winning medical treatments are now denied.  If everyone had taken hydroxychloroquine (aka quinine, that stuff we put in our gin and tonic) like Trump recommended, this plague would have been over 520 days ago.  Sigh.  https://www.globalresearch.ca/conspiracy-theorists-were-right-poison-death-shot/5756128 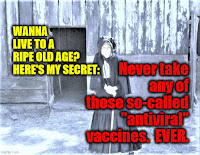 And now the CDC has pretty much stopped counting the vaxx death toll.  Their VAERS report, however, numbers the vaxxed dead at 14,506 as of September 10, 2021.  And according to a Harvard University study, there are many, many more unreported vaxx deaths.  What have we here?  "The Walking Dead"?  https://www.globalresearch.ca/conspiracy-theorists-were-right-poison-death-shot/5756128
The COV$D death rate in my hometown is 0.07%.  The vaxx death rate nationwide is 2.15%.  I'll take my chances with COV$D! https://childrenshealthdefense.org/defender/vaers-injuries-deaths-covid-vaccines-new-highs-biden-mandates/
And in a statement before the FDA recently, an expert testified that the vaxx is killing two people for every one life that it saves. His testimony, however, has been censored by YouTube. https://www.bitchute.com/video/UnooXOMNq4vB/ 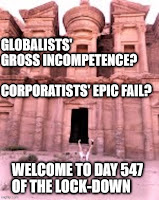 Our Marines just got blown up in Afghanistan because of Biden's poorly-thought-out retreat plan.  We coulda just flown everyone out safely through Bagram airbase -- but those dramatic visuals on the evening news would be far less sexy.  Where's the fun in that!  And then there's Palestine, Yemen and Syria.  Biden, Trump, Obama and Bush all agree with the globalists.  "Let's keep spending more and more money to slaughter every man, woman and child in the Middle East."  But America isn't alone.  Chinese communists also think that globalists are Da Bomb.  https://odysee.com/@corbettreport:0/alqaeda1:b
And then there are America's mandatory vaxx dompasses.  Seriously?  Trapped forever in the deadly web of the globalists' social credit system, ostensibly because of a "vaccine" that might kill us and doesn't even work?  https://www.youtube.com/watch?v=PNZ5dRXXJ4Q
But worst of all, President Biden has sold his soul to Davos.  Sure, Trump sold his soul to these devils first but Biden obviously promised them more -- and the globalists now own Biden's arse.  And they own our arses too.  https://www.unite4truth.com/post/another-holocaust-is-taking-place-before-our-very-eyes-survivors-deliver-letter-to-ema-important 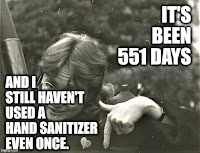 PS:  I recently heard Dr. Simone Gold speak in San Francisco.  "The best way to strengthen our immune systems is to be happy," she said.  I wanna be happy!  However.  The globalists' goal is to make us as unhappy as humanly possible, no matter what Klaus Schwab says.  He's lying through his teeth.  The globalists' actual goal is to stop us from being creative -- and to make us their bitches.  Opps, already happened.
A musician I know is out of work and depressed.  A kindergartner I know is crying behind her mask.  A homeless man I know now has plenty of homeless companions.  A poet I know writes apocalyptic poems only.  A restaurant owner I know has gone bankrupt and sad because she just lost her home.  So much for being happy in America today.  The globalists have won.

Posted by Jane Stillwater at 11:33 AM