Phony wars, COVID, NYC & economic collapse: They're all connected -- but how?

Dazed and confused -- that's me.  So much going on right now.  Our material world has just collapsed.  COVID-19 has us more terrified than even those grim nuclear standoffs with the USSR during my childhood.  We have not only one but two clueless idiots running for president and it truly doesn't matter which one wins because the Dark Overlords are clearly in charge -- even though none of us even know who the Dark Overlords even are.  And I've even run out of spinach.  What would Popeye do?

What would Popeye do?  Hell, I don't even know what I myself should do.  Go to Mexico and lie on a beach?  All the beaches in Puerto Vallarta are closed.  Fly to Las Vegas and bury my head in the sand around Caesar's Palace?  Can't even do that.  Can't even go for a nice walk in the woods because all the state parks are closed.  What would Captain America do?  https://swprs.org/a-swiss-doctor-on-covid-19/

Online, even my Besties hate me because I support justice and diplomacy instead of brutal military attacks on Palestine, Iran, Yemen and Syria in this sad time of COVID.  Because I think that the lock-down is just one more confidence game to steal our money.  Because I sort of stopped believing what I was told way back when JFK was murdered "by a single gunman" with unbelievable sniper skills.  What would George Washington do?  https://original.antiwar.com/bas_spliet/2020/04/14/two-years-on-time-to-pull-the-douma-gas-attack-out-of-the-memory-hole/ 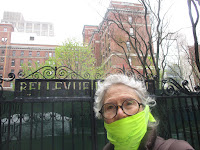 I just got back from New York City where I myself witnessed hospital ER waiting rooms that were empty, ambulances all sitting in line while their drivers looked terribly bored while waiting for the next call that wasn't coming.  I saw huge tent cities put up in Central Park and temporary hospitals set up at the Javits Center -- all of them mostly empty.  From Harlem to the Bowery, I walked the streets daily -- and then came back home healthy.  What would Governor Cuomo or President Trump do about that?    https://lockdownsceptics.org/

I stood in front of Bellevue Hospital, the exact epicenter of the entire planet's COVID-19 pandemic, and didn't even develop a cough.  What would Grey's Anatomy say about this?  "But Jane, all that's just anecdotal...."  https://www.youtube.com/watch?v=VK0Wtjh3HVA 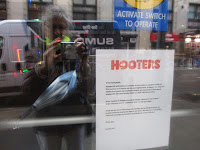 I just received my $1200 "stimulus package" and now have more money in my bank account than I have had in the past two decades.  And they are also offering me unemployment insurance too.  And yet I just walked past miles and miles and miles of closed up and shuttered small businesses in NYC that will never re-open again.  Ever.  The Federal Reserve would have to print out almost a quadrillion dollars in fake money to cover all these tragic loses all across the United States -- but that cagey Fed is clearly kissing the booties of New World Order oligarchs instead.  What would Alexander Hamilton do? 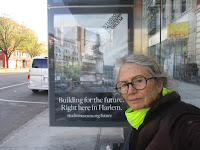 In Harlem, I saw a food truck pull up to sell CDB brownies in front of the Harlem Whole Foods.  In front of a hospital on First Avenue, I saw about 30 men and women in blue scrubs chatting casually as they lined up in front of a food truck that was giving out free designer lattes.  Central Park was crowded with joggers.  The poor and the homeless were still (involuntarily) enjoying the sunshine on 34th Street and in Times Square.  Holly Golightly was still having Breakfast at Tiffany's.  The Trump Tower was still open for business.  New Yorkers were copping with all this craziness.  But what would Superman do?

I know in my gut that all these phony wars, the COVID epidemic and our economic collapse are all connected somehow -- but how?  Who the freak are these mysterious Dark Overlords who have the President of the United States, the Pentagon and the Federal Reserve as their puppets?  And all the rest of us too?

But I'm no Marvel superhero or historic icon of democracy or even an anti-hero from Saturday morning cartoons.  So what exactly should I myself do to save the world?

Stop Wall Street and War Street (and Big Pharma) from destroying our world.   And while you're at it, please buy my books.  https://www.amazon.com/Jane-Stillwater/e/B00IW6O1RM
Posted by Jane Stillwater at 1:33 PM