The G20's end-game: Destroy humanity then buy a bunker? Seriously?

Holy cow, it clearly sucks eggs to be a Honduran refugee in Tijuana these days.  What the freak do they possibly have to look forward to?  And, good grief, how I would hate to spend my short miserable life scrounging for blood diamonds in Africa right now.  Or being a starving two-year-old living under the Saudi cross-hairs in Yemen?  Who the freak would want to do that?  http://jpstillwater.blogspot.com/2007/09/africa-worlds-largest-refugee-camp-with.html

Or I'd even hate to be one of those poor unfortunate souls currently going to Harvard on a student loan.  What kind of shite-show future do they have in store?

But worst of all, I would truly hate to be a card-carrying member of the G20.  Those people gots no future at all.

"But, Jane," you might say, "those guys all stay in twelve-star hotels, live on steak and truffles and have French maids to wipe them after they poop.  They are wealthy beyond belief."

But what exactly is their fabulous wealth actually based on?  War-profiteering?  Price-gouging?  Stock-market ponzi-schemes?  Stealing lunch money form school children?  Nah.  The bottom line for these guys is that their eye-popping wealthiness ultimately comes from only one thing.  "Interest rates."

These blind fools have all become slaves to interest rates. 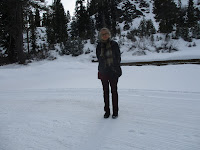 Even if the G20's latest interest-creating gambit destroys the world?  Nuclear explosions?  Genocide?  Rampant wildfires?  Chainsaws?  Sure.  Why not.  These guys can always earn interest by selling new and better bunkers to each other.

Stop Wall Street and War Street from destroying our world.   And while you're at it, please buy my books.  https://www.amazon.com/Jane-Stillwater/e/B00IW6O1RM
Posted by Jane Stillwater at 12:01 PM