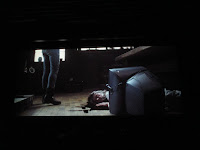 "I'm all confused about the future," I complained to Madam Jane this morning over a nice cup of herb tea.  "Do you see anything in your crystal ball that can guide me?  Should I travel off somewhere to report on the news?  Should I stay at home and chill out?  And what should I do over Christmas?"

I'd love to go down to Puerto Rico and help out.  I'd love to go off to the Philippines to see how that new anti-colonial president is doing.  A trip to Syria is always good.  America and Israel always keep saying that they are closing in on Assad.  Yeah, right.  Seems to me like just another lame excuse to pour more of our taxpayers' money down an already-very-clogged drain.  America's "war" on Syria is just as useless and cruel now as its "war" on Vietnam was useless and cruel back in the day.  America has no business in Syria.  But I have!  https://www.youtube.com/watch?v=yOmQoADOQWs&feature=youtu.be

Maybe I could go off to Juarez.  Lots of hot news there about what those NAFTA criminals are up to this time around.  Maybe I could go to Flora-duh.  Or to Washington DC and watch Joe McCarthy's ghost deck the halls.  Or else try once again to sneak into poor sweet Yemen to report on the ugly Saudi/US-driven genocide there.  Or go to almost any place in Africa.  There is such a large number of places in America's worthless has-been outdated dying undemocratic brutal and stupid empire that could use a good op-ed reporter right now -- and I am the best!  https://news.vice.com/story/the-u-s-is-waging-a-massive-shadow-war-in-africa-exclusive-documents-reveal

"Sorry," replied Madam Jane.  "The stars are just not aligned in your favor."  And neither is my bank account either.  Maybe I should just hang around here in the San Francisco Bay Area this winter -- which seems to be the only sane place left in the world. 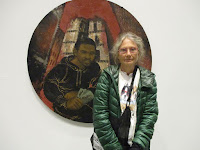 "Yes, I can see the Bay Area seceding from the rest of the planet," replied Madam Jane.  "Perhaps you might actually have a future here."   Sounds boring.  But I'll take it.  Think globally, act locally?  Better that than no future at all.

PS:  If I really wanted to write about some of the many lives that have been ruined by the decaying American empire, I would only have to walk down the mean streets of any American city to see thousands of human beings who have been broken by a cruel system that puts the twin evils of power and money above everything else -- and especially above the teachings of Christ, Buddha, Moses, Mohammad and just about everyone else I respect.

PPS:  Maybe I'll just have a merry little Bay Area Christmas this year and take public transportation to the Dickens Fair, the KPFA Christmas crafts fair, the Union Square tree-lighting ceremony and, in the spirit of Jesus, to all the away-in-a-manger homeless encampments that are springing up like mushrooms around here.  And perhaps I'll even buy a tree.  And celebrate Hanukkah, Buddha's birthday, the Hindu Festival of Lights, Mohammad's birthday and any other religious celebration that I can think of.

You can never have too many celebrations of hope -- especially when Madam Jane is currently staring off into the void and muttering, "No future.  No future at all.  I see nothing."

Stop Wall Street and War Street from destroying our world.   And while you're at it, please buy my books.  https://www.amazon.com/Jane-Stillwater/e/B00IW6O1RM
Posted by Jane Stillwater at 8:43 AM