Where has all the money gone? Savings bond values take a nosedive
I just had a talk with a friend of mine who was all pissed off because he had purchased a Series EE savings bond for his little kid way back in 1998.  "I paid $500 for it at the time and, at that time, the bank promised me that the bond would mature in ten years and then be worth $1,000."  So?  Well?  Did it?  Is it? 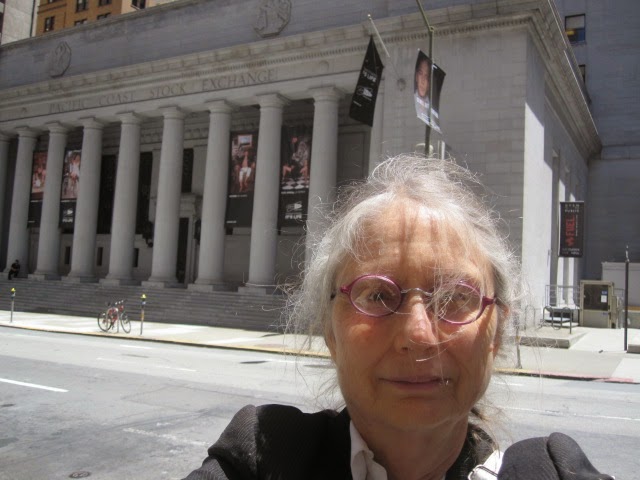 "Eh -- no," sighed my friend.   "When my kid cashed it in last month, she only got $850 back."  What?  You mean after accumulating over 16 years of interest, the bond had only gained $250 in value?  Even after all those promises of doubling its worth after just ten years?  That's whacked.
But, according to the Treasury Direct website, it is also legal.  "Series EE bonds issued from May 1997 through April 2005 continue to earn market-based interest rates set at 90% of the average 5-year Treasury securities yields for the preceding six months.  The new interest rate for these bonds, effective as the bonds enter semiannual interest periods from November 2014 through April 2015 is 1.49%.  Market-based rates are updated each May 1 and November 1."  http://www.treasurydirect.gov/news/pressroom/currentibondratespr.htm
What the freak does that mean?       It means that Series EE savings-bond-holders have been (and can continue to be) legally ripped off.  Government agencies now under the happy control of the top 1% can legally make the rest of us little guys any promises they want -- and then just take them back.
"Buying government savings bonds is practically like loaning the government interest-free money," I told my friend.  "But on the other hand, if you had bought $500 worth of gold back in 1998 instead of that bond, it would have cost you $296 an ounce -- and an ounce and a half of gold would now be worth $1,808, a net gain of one thousand three hundred and seven dollars."
However, if you had spent that $500 on baseball cards, you might be pretty much out of luck.
But what if, instead, you had purchased $500 worth of stock for your kid?  If you had bought stock in mortgage companies like Countrywide, for instance, you would have kissed your $500 goodbye.  http://politicalblindspot.com/the-food-stamp-capital-of-the-u-s-is-white-and-republican/
But if you had bought stock in pharmaceutical companies that produce products like mercury-laden vaccines, psychotropic drugs and male sex-enhancers, or bought stocks in weapons factories or bought stocks in oil companies or WalMart, you could have practically put your rugrat through college with your capital gains by now!  http://foodrevolution.org/blog/john-oliver-big-pharma-doctors/
Or suppose you had invested that $500 in buying part-ownership in a Congressman -- like the big boys on Wall Street, War Street and K Street do?  Apparently you would have gotten an average of a 5000% return on your investment.  http://www.deliberation.info/barb-weir-interviews-moderate-syrian-rebels/
Or if, like your government in cahoots with its sleazy bankster friends, you had invested your $500 in loaning money to college students instead?  Then you would have been able to collect 6% interest from said college students' loans for decades to come -- and owned their souls for the rest of their lives too!  http://readersupportednews.org/opinion2/277-75/28828-ill-believe-the-gop-cares-about-the-middle-class-when-i-see-it

But, no.  You had faith in your government and bought savings bonds instead -- never dreaming that your government would invest its resources in war and corporate welfare instead of in you.  http://www.counterpunch.org/2015/03/06/greece-injured-by-eu/
However if it's any consolation, you and your kid are not alone.  China made that same mistake too.PS:  Remember back when our founding fathers wisely designed our Constitution to include having three different branches of government?  Legislative, executive and judicial?  Well, just over 225 years later, America's government still has three different branches -- except now those three branches are Wall Street, War Street and K Street.  http://www.dailykos.com/story/2015/03/06/1369052/-New-Jersey-Sen-Bob-Menendez-to-face-criminal-corruption-chargesPPS:  A Manhattan jury just awarded a $218.5 million verdict against the Palestinian Authority for damages done to Israelis with American citizenship by Palestinian suicide bombers.  Do you know what this means?  A new precedence has just been set.  A new Pandora's box has just been opened.

Now everyone affected by anything like this can now also use American courts to get recompense for damages done by acts of "terrorism" on American citizens abroad!  http://www.nytimes.com/2015/02/24/nyregion/damages-awarded-in-terror-case-against-palestinian-groups.html?_r=0

For instance, were any Chilean-Americans killed in the CIA coup against Allende in Chile?  Their relatives can now sue Henry Kissinger -- but of course they will have to stand in line behind the Cambodian-Americans killed by him.

Or, hell, what about all those dead American-Americans too for that matter?  Does this mean that American soldiers killed or wounded in Vietnam, Iraq, Lebanon, Kuwait, Afghanistan, etc. can now sue the Department of Defense in American courts for "terrorism" too -- as well as for fraud, creating dangerous conditions, willful negligence, breach of promise and entrapment as well?

PPPS:  And speaking of money, I'm off to Portland (Oregon) this weekend March 11-15) to attend a convention -- while trying to spend as little $$$ as possible.  Might anybody know any exciting things I can see and do in Portland on the cheap?  http://www.leftcoastcrime.org/2015/
Posted by Jane Stillwater at 11:56 AM