Murder mystery: Who really runs the American government?
This week I am going down to Long Beach, CA, in order to attend the world-renowned BoucherCon, a fabulous annual convention for mystery book writers and readers   You just gotta love BoucherCon.  http://www.bouchercon2014.com/ 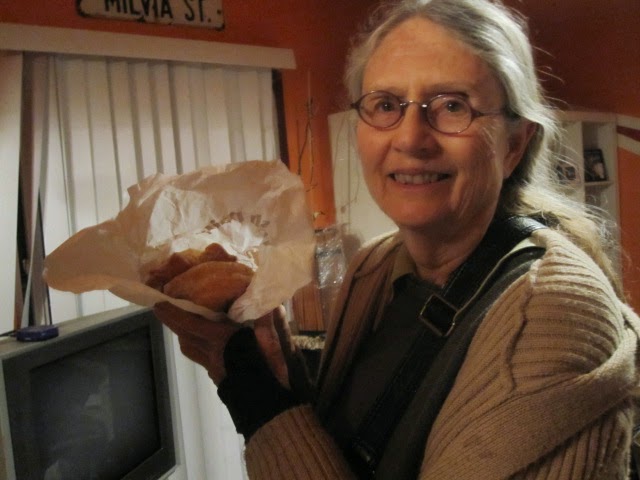 At last year's convention in Albany, NY, I scored 50 free books -- but still haven't finished reading them yet.  However, it's always reassuring to know that I'll probably never run out of murder-mystery books to read ever again -- especially since I'm about to score yet another 50 free books at this Long Beach convention.  http://jpstillwater.blogspot.com/2013/09/albany-ny-solving-mystery-of-public.html     But the biggest mystery of all these days seems to be "Who, exactly, is actually running the American government?"  Well, here's a big clue:  "It ain't you or me."  The fact that we ourselves definitely do not run America was clearly demonstrated once again in this last election cycle -- when a huge majority of Americans either voted against their own best self-interests or didn't even vote at all.  http://www.newyorker.com/humor/borowitz-report/country-wrong-track-say-people-vote     Apparently we Americans can just barely manage to keep the kids dressed, the dog washed, the bathroom stocked with toilet paper, the mortgage paid, the 401K alive and our own lives up and running -- let alone keep a democracy alive and well.  It's definitely not like 1776 around here right now.
But not to worry.  I myself have already solved the mystery of who actually does run America while most Americans are all busy doing something else.      According to political analyst Peter Dale Scott, America is actually run by a select group of people that he calls the "American Deep State".  And these guys are really bad-ass.  They even have their own internet system -- and probably even their own FaceBook apps too.  And of course they also have their own bunkers, billionaire supporters, lobbyists and election fixers as well -- and Congress, the Supreme Court and the White House all take orders from them.  That's totally scary!  Makes those "October Surprise" Ebola and ISIS scares look like a walk in the park.  http://whowhatwhy.com/2014/10/05/the-hidden-government-group-linking-jfk-watergate-iran-contra-and-911/    So.  Why do I think that Peter Dale Scott is right?  There just has to be a shadow government here in America -- because what else could possibly explain why America continuously and consistently acts so strongly against its own best interests?  http://3chicspolitico.com/2014/11/09/canadians-on-midterm-elections-you-americans-have-no-idea-just-how-good-you-have-it-with-obama/
"But Jane," you might ask, "just exactly who are these underworld shadowy cartoonish characters that you've just described -- and exactly what are they up to?"  Well, from all my recent sleuthing around, I've discovered that this uber-shadow government, whoever it is composed of, obviously has a soft spot in its heart for starting wars, ruining economies, and disrupting countries, regions and even whole continents whenever they possibly can.  No American in his or her right mind would ever want to do that.     "But, Jane," you might ask next, "how can you actually prove all this?  Sounds rather paranoid and conspiracy-theory-ish to me."  Hey, I'm on this like Sherlock Holmes!

But even though I can't exactly sneak into these guys' bunkers or onto their yachts or secretly listen in on their phone conversations, I can still easily see all the footprints these hoodlums have left behind in the snow.  "Means, motive and opportunity," as Holmes would say.  Just get out your magnifying glass and look at these clues:
Footprint # 1:  China and Korea.  Before we even knew what hit us after WWII, suddenly China had been torn up in rebellion against our corrupt man in Peking, Chaing Kai Shek.  And then the whole Korean peninsula blew up.  Was the loss of China and the destruction of Korea in the average American's best interests?  Totally not.  So who had the motive, means and opportunity here?  You tell me.
Footprint # 2:  Vietnam.  The whole result of that "war" was to destabilize all of Southeast Asia.  Okay.  You got China, Korea and Southeast Asia destabilized now.  And did it benefit the average American to have Asia so broken and hateful against us?  It did not.  But who did it benefit?
Footprint # 3:  Mexico, Central America and South America.  Do Americans really benefit from having death squads and drug lords on the rampage down there?  What do you think?  I think not.  All we got out of this deal was a whole bunch of undocumented refugees coming up here in search of their lost treasures.  But then who does benefit?  Those shadowy guys behind the curtain who sell arms and own banks?  Yeah.
Footprint # 4:  Yugoslavia.  The American Deep State picked at Yugoslavia and picked at Yugoslavia until it too finally fell apart.  Balkanization.  How could that have possibly been good for America?  It wasn't.  But who did benefit from its fall?  Wall Street and War Street.  Of course.
Footprint # 5:  The Middle East.  What a freaking mess!  And who made this mess?  It wasn't the American people.  We had no dog in this fight.  But the American Deep State both did then and does now.  Libya, Syria, Palestine, Iraq, Lebanon, Egypt, Israel?  Means, motive and opportunity to make a real mess.  And, yes, Israel is a hot mess too. http://www.independent.co.uk/news/world/middle-east/so-why-is-there-such-an-explosion-of-violence-across-the-middle-east-9831970.html?printService=print
Footprint # 6:  Africa.  Africa has been fried, poached and eaten whole by the American Deep State too.  From apartheid South Africa and the bloody attacks on democratic Angola to the Ebola and HIV disasters, blood diamonds, IMF loans with never-ending interest payments and rape in the Congo, Africa is now a hot mess.  And who exactly benefited from this scramble for Africa?  Not you and me -- or our children or our dogs either.
Footprint # 7:  Ukraine:  You have no idea what a broken egg Ukraine has become recently as neo-Nazis kill innocent civilians right and left.  Their theme song seems to be, "Party like it's Serbia in 1995!"  Plus a German company, Telefunken Racoms, is actually selling these Ukrainian neo-Nazis their weapons.  "Party like it's Leningrad in 1942!"  http://cyber-berkut.net/traitors/0024.php     But have any of us average Americans actually benefited from all this world-wide chaos?  No, no, no and no.  So who did?  The American Deep State.
Footprint # 8:  America.  That's us.  It should come as no surprise to anyone even semi-conscious right now that our economy has tanked, we're at each others' throats and Corporations are now People.  The propaganda machine that the Deep State now runs here would make Hitler proud!  Or happily match up with George Orwell's prescient observation that "War is Peace."  And this is all part of a plan to make Americans as dazed and confused as, say, Africans and the folks in the Middle East are now.  But who the freak benefits from all this?  Definitely not us.  http://readersupportednews.org/opinion2/277-75/26813-the-9-billion-witness

So then your next question should be, "How can we stop this, put an end to the American Deep State and return to being a democracy?"  How can you even try to stop a shadow?  It's hard.  But we could start by regulating Wall Street, limiting weapons manufacturers' profits, making sure that our election laws never let anyone anywhere for any reason contribute more than $200 to any election campaign, having fact-checkers sort out all those blatant lies in campaign broadcasts, and fiercely guarding against election violations.  Oh, and also get rid of all those Deep State bunkers, yachts and private internet rat-lines that we American taxpayers are paying for now.        Or perhaps we could just run a PowerBall lottery for every available position in Congress, on the Supreme Court and in the White House.  Surely any random lottery winner would do a better job of resisting the American Deep State than those sorry wimps that we now have kissing the DS's booties and being their gollums.     But however we go about it, we have just got to stop the American Deep State from murdering our democracy -- before it's too late and the corpse of our American dream arrives DOA at the morgue.

PS:  See you at BoucherCon!  It would be a mystery to me why anyone would not want to attend that.

Posted by Jane Stillwater at 9:54 AM