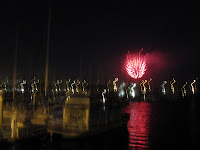 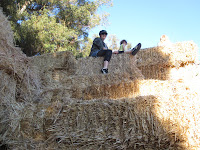 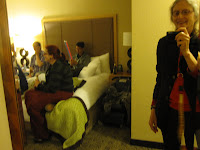 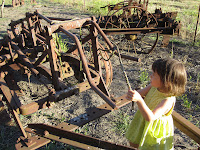 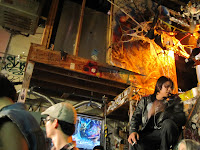 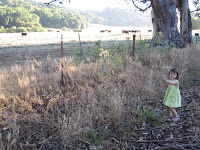 Madame Jane predicts: Our grandchildren's fate rests in the hands of the duped

"Americans have been duped," Madam Jane stated yesterday. She is our neighborhood fortune teller and her predictions are always accurate -- if a bit scary. And while gazing into her new and improved high-tech crystal ball, Madame Jane also predicted that all this unwarranted and inappropriately naive gullibility on the part of Americans today is gonna end up costing our grandchildren a LOT.

"And exactly how do you see that our grandchildren will be affected by us having been bamboozled?" I asked her. "Will they have to suffer the indignity of having only 300 channels to chose from on their cable TV? Or not having as many versions of made-in-China Barbie as we used to have when we were kids? Or having to cut back on their trips to the mall to only three times a week?"

But judging from the tears that began welling up in Madame Jane's eyes as she watched her crystal ball in dismay, I suddenly realized how very painful it must be -- to be gifted with the Second Sight in these troubled times. "To put it mildly," stated MJ, "our grandchildren are now doomed." Oh crap. But in what way? What exactly does Madame Jane see?
"I see children trapped inside the agonizing grip of hunger, thirst and starvation. I see children being raised like savages in filthy slave labor camps. I see children crying in the night and trying to eat grass and dirt just to stay alive."

"And you're talking about some nameless and faceless children living in some far-way third-world country like Biafra or Darfur or Gaza, right?"

"But is there nothing that we can do right now to avoid this terrible fate for our grandchildren?" I asked.

"Sure there is. Lots of stuff. But you alone can't do it all. And no one else in America seems to even want to do it. Most Americans have been willingly duped into complacency -- while our future is being robbed blind by the worthless and useless bunch of lying greedy heartless bastards who have taken over our economy, our government and our hearts and our minds. But unless all Americans start to act right NOW, the future that I see is assured."

I'm going to have to agree with Madame Jane on this one. We have sold our grandchildren's patrimony for pittance -- to the religious fakers who tell us to hate our neighbors. To the generals and war profiteers who tell us that killing and war is the only answer to every problem. To that great casino on Wall Street that uses our congressional representatives, president and Supreme Court justices as its personal errand boys and security guards. And to the hypocritical self-styled "Patriotic Americans" who, when no one else is looking, use our Declaration of Independence, our Constitution, our Flag and our Pledge of Allegiance for toilet paper.

"So. Madame Jane. What are you are saying here? That horrible things will happen to our grandchildren if we don't wise up, right?" Pretty much.

"But after all these duped Americans have been so righteously forewarned by yourself, do we actually then start to wise up?" Er, no. "I thought as much."

So I thanked Madame Jane for giving me her extremely grim take on the future and then got up to leave. "You sit right back down in that chair right now, Missie. I still got something else to say." And then she whipped out an ancient raggedy deck of tarot cards, shuffled them twice and pulled out the Hanged Man. Oops. Not good.

"Your grandchildren aren't the only ones who are gonna suffer here, deary," she told me. "Tea Party members are also gonna be doomed -- to a life of living in cardboard boxes under the freeway and subsisting on cat food. Those people have just shot themselves in the foot. 'Rugged Individualism' is NOT gonna work out for them. Not after they lose their MediCare and their Social Security and their homes and their cars and their jobs and their roads and their trains and their police force and their doctors and their schools...."

I myself don't give a rat's arse about what happens to Teabaggers in the future. As far as I'm concerned, they deserve what they get. But Madame Jane actually seems to care about these poor unfortunate souls. "Of course they have been duped by the corporatists and the oligarchs and the talk-show hosts and the rich people. Duped. Duped. Duped. But even still, they are going to have to pay a very stiff price for their stupidity, gullibility and naivete. We are currently living in a world that is far too fast-paced for these naive huckster's marks to survive for long. There is far too much at stake now for gullibility to serve as either a protection or excuse. They too are gonna pay. But still. You do sorta have to feel sorry for them."

I got her drift. Pity the poor Teabaggers, they know not what they do. Yeah, right.

"But," I protested, hoping to get in the last word, "Tea Partiers are currently all jumping up and down and screaming and demanding stuff like, 'Rugged individualism, smaller government, less regulation, no unions, no infrastructure investment, no help with healthcare and no Socialism for anyone except for the Tea Party's idols, the rich.' So then how about we just give them what they want?" And they deserve what they get. Humph.

But trying to get in the last word with Madame Jane is always kinda hard. "We are all still human beings," she reminded me. "And we all still have ideals to live up to. That's what separates us from animals. And if something tragic happens to the least of us, then it happens to us all." Or to Teabaggers. Or our grandchildren. They're all doomed.

And then MJ started ranting along about the new 21st-century Four Horsemen of the Apocalypse -- cancer, Alzheimer's, diabetes and autism. I just covered my ears.

"I see a horrible death for you too...." Now wait a minute. That's going too far! "See that line there? It means that you have become addicted to sugar -- and that you will die from an overdose of the stuff." Yeah but what a way to go.

"Nope. Sugar addiction is much much more worse than smack." Oh really? How is that? "With heroin addiction, first you gotta wait until the good stuff is imported from Afghanistan and then you gotta go slink around in the nasty part of town until you score off of some shady illegal dealer. But not so with sugar -- you can walk fifty feet in almost any direction in America and legally score all the sugar, fructose and those lame sugar-substitutes you could ever possibly crave."

But, hey, at least I'm not addicted to cigarettes. "That wouldn't be as bad either," said Madame Jane -- always so negative! "Right now there's a huge tax on cigarettes that will hopefully pay for all those costly lung cancer treatments that heavy smokers gotta have. But who is going to pay for all that diabetes treatment once you go blind and all your toes start to fall off? There's no tax on high-fructose corn syrup that's gonna help you out here!"

Yikes! It looks like I'm gonna be doomed too.

PS: Recent newspaper headlines have all been shrieking that Social Security is gonna be cut in order to balance the federal deficit. If this happens, Americans are going to be even more duped than was even dreamed of in Madame Jane's philosophy. But here's a very obvious prediction from me:

If you sincerely want to cut the federal deficit and are not just here to blow smoke, then let's all just stop financing and fighting all these resource wars that greedy Texas oilmen have been happily inflicting on us for decades. That would do it. Let's pull out of Iraq, Libya, Palestine, Afghanistan, Somalia, Kenya, Yemen, Mexico, Nigeria, Columbia, whatever. Let's just let these freaking oilmen finance and fight their own freaking resource wars by themselves -- or, at the very least, let us share in some of their profits.

Posted by Jane Stillwater at 7:57 AM